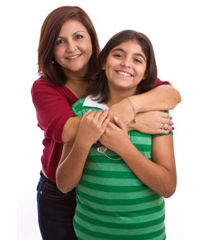 Scientists are studying the causes of and risk factors for Tourette Syndrome (TS) in an effort to understand it better, and to find better ways to manage TS and to reduce the chances of a person having TS. The causes of TS and other tic disorders are not well understood.

Although the risk factors for and causes of TS are unknown, current research shows that genes play an important role:1,2

Some research has shown that TS is a genetically complex disorder that likely occurs as a result of the effects of multiple genes interacting with other factors in the environment. Scientists are studying other possible causes and environmental risk factors that might contribute to TS. Some studies have shown that the following factors might be associated with TS, but additional research is needed to better understand these associations:2, 3