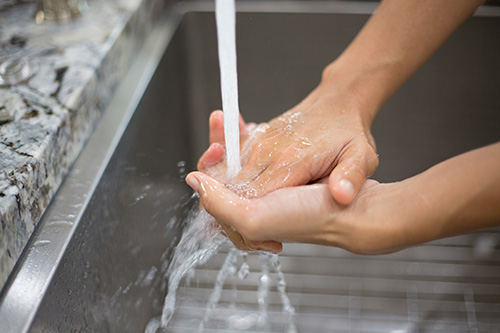 Many children occasionally have thoughts that bother them, and they might feel like they have to do something about those thoughts, even if their actions don’t actually make sense. For example, they might worry about having bad luck if they don’t wear a favorite piece of clothing. For some children, the thoughts and the urges to perform certain actions persist, even if they try to ignore them or make them go away. Children may have an obsessive-compulsive disorder (OCD) when unwanted thoughts, and the behaviors they feel they must do because of the thoughts, happen frequently, take up a lot of time (more than an hour a day), interfere with their activities, or make them very upset. The thoughts are called obsessions. The behaviors are called compulsions.

Having OCD means having obsessions, compulsions, or both.

Examples of obsessive or compulsive behaviors include:

Children do these behaviors because they have the feeling that the behaviors will prevent bad things from happening or will make them feel better. However, the behavior is not typically connected to actual danger of something bad happening, or the behavior is extreme, such as washing hands multiple times per hour.

A common myth is that OCD means being really neat and orderly. Sometimes, OCD behaviors may involve cleaning, but many times someone with OCD is too focused on one thing that must be done over and over, rather than on being organized. Obsessions and compulsions can also change over time.

Learn about the guidelines for diagnosing and treating OCDexternal icon

The first step to treatment is to talk with a healthcare provider to arrange an evaluation. A comprehensive evaluation by a mental health professional will determine if the anxiety or distress involves memories of a traumatic event that actually happened, or if the fears are based on other thoughts or beliefs. The mental health professional should also determine whether someone with OCD has a current or past tic disorder. Anxiety or depression and disruptive behaviors may also occur with OCD.

It is not known exactly why some children develop OCD. There is likely to be a biological and neurological component, and some children with OCD also have Tourette syndrome or other tic disorders. There are some studies that suggest that health problems during pregnancy and birth may make OCD more likely, which is one of many important reasons to support the health of women during pregnancy.

Learn about preventing problems during pregnancy