What is Tourette Syndrome? 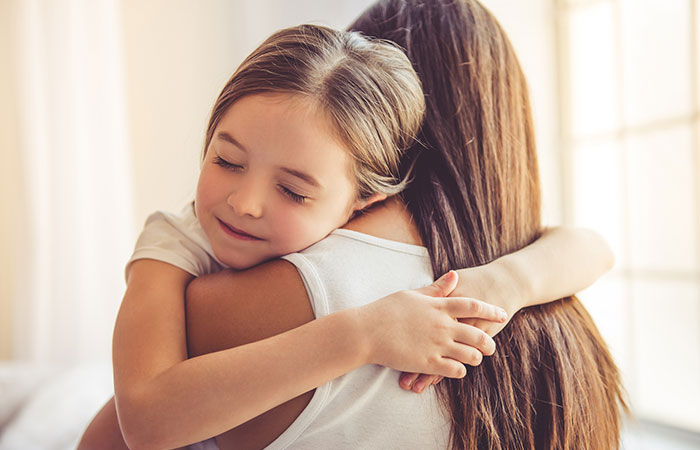 Tourette Syndrome (TS) is a condition of the nervous system. TS causes people to have “tics”.

Tics are sudden twitches, movements, or sounds that people do repeatedly. People who have tics cannot stop their body from doing these things. For example, a person might keep blinking over and over. Or, a person might make a grunting sound unwillingly.

Having tics is a little bit like having hiccups. Even though you might not want to hiccup, your body does it anyway. Sometimes people can stop themselves from doing a certain tic for a while, but it’s hard. Eventually the person has to do the tic. 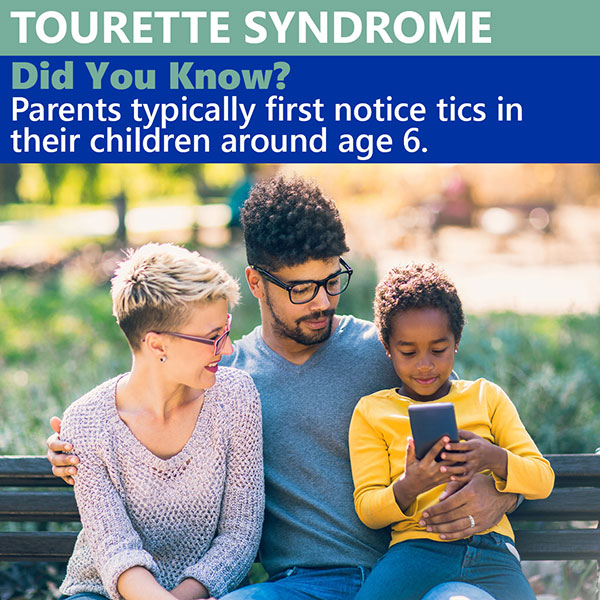 There are two types of tics—motor and vocal.

Motor tics are movements of the body. Examples of motor tics include blinking, shrugging the shoulders, or jerking an arm.

Vocal tics are sounds that a person makes with his or her voice. Examples of vocal tics include humming, clearing the throat, or yelling out a word or phrase.

Tics can be either simple or complex:

Simple tics involve just a few parts of the body. Examples of simple tics include squinting the eyes or sniffing.

Complex tics usually involve several different parts of the body and can have a pattern. An example of a complex tic is bobbing the head while jerking an arm, and then jumping up. 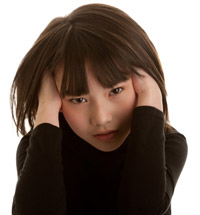 The main symptoms of TS are tics. Symptoms usually begin when a child is 5 to 10 years of age. The first symptoms often are motor tics that occur in the head and neck area. Tics usually are worse during times that are stressful or exciting. They tend to improve when a person is calm or focused on an activity.

The types of tics and how often a person has tics changes a lot over time. Even though the symptoms might appear, disappear, and reappear, these conditions are considered chronic.

In most cases, tics decrease during adolescence and early adulthood, and sometimes disappear entirely. However, many people with TS experience tics into adulthood and, in some cases, tics can become worse during adulthood.1

Although the media often portray people with TS as involuntarily shouting out swear words (called coprolalia) or constantly repeating the words of other people (called echolalia), these symptoms are rare, and are not required for a diagnosis of TS.

There is no single test, like a blood test, to diagnose TS. Health professionals look at the person’s symptoms to diagnose TS and other tic disorders. The tic disorders differ from each other in terms of the type of tic present (motor or vocal, or combination of the both), and how long the symptoms have lasted. TS can be diagnosed if a person has both motor and vocal tics, and has had tic symptoms for at least a year.

Learn more about how TS and other tic disorders are diagnosed »

Although there is no cure for TS, there are treatments available to help manage the tics. Many people with TS have tics that do not get in the way of their daily life and, therefore, do not need any treatment. However, medication and behavioral treatments are available if tics cause pain or injury; interfere with school, work, or social life; or cause stress.

Other Concerns and Conditions

Children’s Mental Disorders: A Journey for Parents and Children

Learn more about other concerns and conditions »

Doctors and scientists do not know the exact cause of TS. Research suggests that it is an inherited genetic condition. That means it is passed on from parent to child through genes. 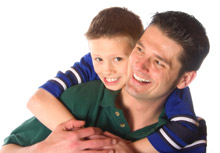