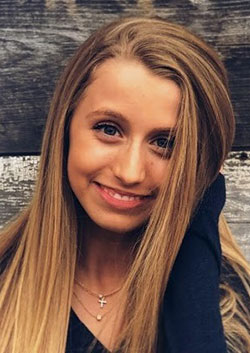 I have Tourette syndrome and have lived with the diagnosis of TS for 5 years. I’ve had tics my whole life, but at 10 years old, I was finally given an answer to what I had. All the noises I made and all those uncontrollable movements, were given a name. Tourette syndrome.

One thing I have always had trouble with is telling my peers about my Tourette–even some of my closest friends. I was scared about the outcome, so I always kept the name hidden. As I’ve gotten older, the tics haven’t gone away, but I deal with them the best I can. I have HOPE. I realize that despite the challenges ahead of me, I can do this. I had 2 choices when I was diagnosed: I could play the victim or I could make the decision to live boldly with the challenges that I faced.

Five years ago, I was a scared victim of Tourette syndrome. Just one year ago, I was able to speak on Capitol Hill in Washington DC about TS. I did not let Tourette win! One thing that Tourette has done for me is given me the determination to succeed and to help others, especially my brother, Charlie, who was diagnosed with Tourette two years ago.

Since my trip to Washington DC, I have had the opportunity to talk to healthcare providers, human resources professionals, medical students, and most important, kids. Meeting the children and families with Tourette in DC was an eye opener, and I decided that I wanted to make a difference in the way people looked at me and others affected by this disease. The tools I was given in the Youth Ambassador Program external icongives me the strength to stand up and tell my story. It has been amazing seeing the way just telling my story effects people and they seem to want to understand better what makes me “Tic”. I’ve learned that Tourette will never be as strong as my will. I have chosen to deal with it, learn from it, and grow from it. Why me? Because I can.

This is the personal story of Linda and her son Lucas. Linda attended a CDC-sponsored program by the Tourette Association of America on Comprehensive Behavioral Intervention for Tics (CBIT).

”We first noticed that Lucas had tics in third grade. We had our suspicion that he may have TS [Tourette Syndrome] but we were frustrated with finding a doctor who knew about TS. The tics got worse; then we finally got a diagnosis when he was in the fourth grade.” As is sometimes the case, Lucas was also diagnosed with ADHD [Attention-deficit/hyperactivity disorder] and obsessive-compulsive disorder.

“He went from being a straight A student to not passing classes in middle and high school. Treatments were trial and error. Over 4 years we tried medication, which was a negative experience, and nutrition and diets, with no change. We also tried neuro-feedback which was helpful for a short time, but with no lasting improvement.

Children’s Mental Disorders: A Journey for Parents and Children

Meet two families and hear about their experiences living with Attention-Deficit/Hyperactivity Disorder and Tourette Syndrome.

Fortunately we had a friend in the TS community that recommended we go to a TSA family education program. In January, we attended the program and learned about a new way to treat TS –it was CBIT.” CBIT is a type of behavioral therapy that was developed for people with tics. Behavioral therapy teaches a person to become aware of their behavior and helps them change what they do in a very careful and systematic way.

“It was a huge blessing and we saw immediate improvement. Two days after Lucas started CBIT the first tic was gone. Each week another tic was gone. Now, at 15, he is basically tic-free for the first time since third grade. If we had known about CBIT 4 years ago, it would have made the past 4 years so much better. One thing I really like about CBIT is that Lucas is learning how to handle tics, so if new ones come up, he’ll be able to manage them on his own.“

“I wish pediatricians and teachers knew more about TS. It is so important to identify it early on and send families in the right direction. There is a good treatment, CBIT, and it worked for us.”

Research note: Two large scale studies of children and adults with TS showed that CBIT is a safe and effective treatment. But these studies also show that CBIT does not help everybody. CBIT is not a ‘cure’ for TS; rather, CBIT is a tool that when used appropriately can help people with TS manage their tics better and reduce the impact that tics may have on their lives. More information is needed to find out when it works best, and for whom.

Read more on what we know about CBIT.

CDC would like to thank Linda for sharing her personal story. 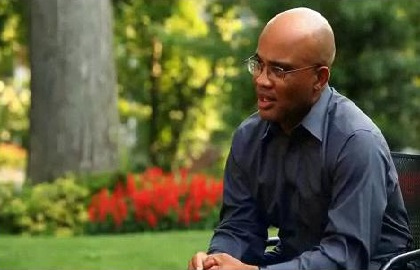 “My name is Mike Higgins and I am a father, a pastor, a husband, a dean of students of a seminary, a minister, a full colonel in the United States Army, and I have Tourette syndrome.

“The first time I heard the word, ‘Tourette syndrome,’ from the doctor I had no idea what he was talking about. I had never heard of it. I didn’t know anybody who had ever heard of it before. There were a lot of days as a 12 year-old when I would lay in bed and think about what was happening to me that I could not control. It caused me to wonder, ‘Why was I born like this?’

“I think that I was not diagnosed until I was 28 years old because our family doctors didn’t know about Tourette syndrome. I had been training for three weeks in Death Valley, California, and I was really hot, really dirty, really tired, and my tics were all over the place. My battalion commander noticed and ordered me to get checked out. Finally, I met a neurologist who asked me if anybody in my family had ever had this. I told him that my grandfather did. And he said, ‘I think I know what you have.’

“I didn’t think that I was ever going to be married because it seemed like it was hard enough to just be single with Tourette syndrome. But in my family life now, it’s just who I am. I think that my wife Renee is such a spiritually mature woman and I still look up to her because she’s been my champion in all of this, helping me along, and has really been there by my side. She has never treated me as a victim and refuses to let me be a victim.

“The churches that I’ve been in have very celebratory worship styles. When I’m preaching, I don’t tic a lot; sometimes not at all. It seems like there’s a grace period I get when I’m focused on something that I’m passionate about. If we can educate the ministers, pastors, and religious leaders about Tourette’s, then they can go on to educate folks in their congregations, families of children with Tourette’s, and also folks who don’t understand Tourette’s.

“I don’t think Tourette’s takes away your dreams. I just think that it may put an extra wall or two between you and accomplishing your dreams. But you can get over the walls. As I say, ‘You may have Tourette syndrome, but it doesn’t have to have you.’”

CDC would like to thank Mike Higgins and the Tourette Association of Americaexternal icon for sharing this personal story.