How many children have Tourette syndrome?

Estimating the number of people affected by these disorders is challenging and more information is needed.

How many children with Tourette syndrome have another disorder? 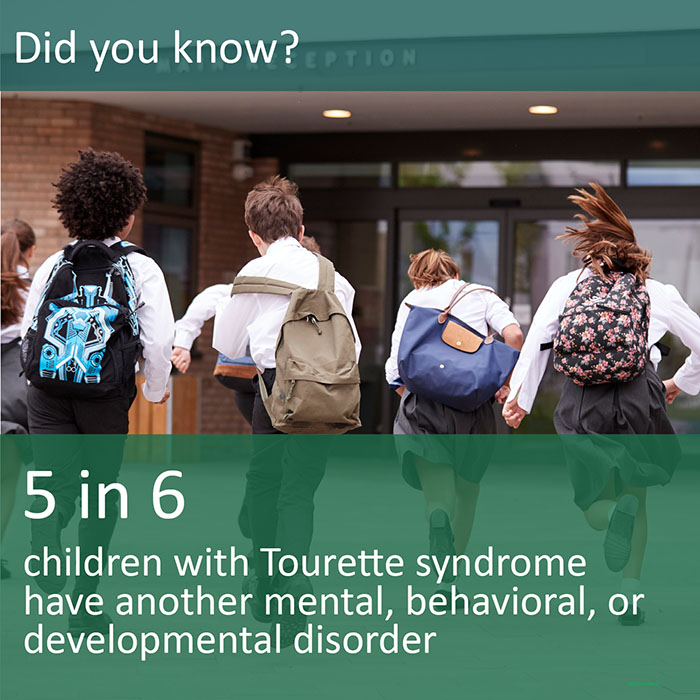 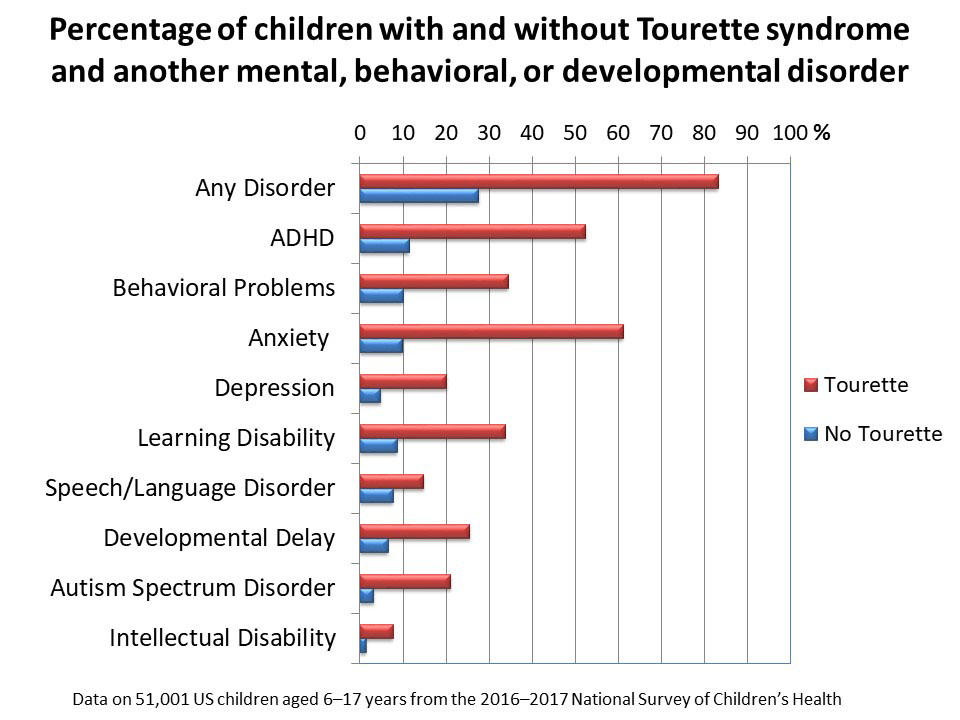 Having TS can have an impact on many areas of life, particularly when children have another condition in addition to TS. Using data from CDC studies, the following are examples of the impact of TS.

Once the presence of other disorders was taken into account, children with TS were still more likely to have an IEP compared to children without TS.

Compared to children without TS, children with TS were more likely to have parents with high levels of stress and frustration.7

Once the presence of other disorders was taken into account, parents of children with Tourette were still more likely to have high levels of stress and frustration.

This is particularly true when children have moderate-to-severe TS and when they are diagnosed with other mental, emotional, or behavioral disorders.

Bullying is most common among peers, but children with TS also experience being treated differently by teachers and other adults.9

In most cases, tics decrease during adolescence and early adulthood, and sometimes disappear entirely; however, many experience tics into adulthood and, in some cases, tics can become worse in adulthood.3, 11

CDC is working to understand TS and to improve the health and well-being of people with TS. Learn about what public health can do to bridge the gaps in knowledge to help individuals with Tourette syndrome.