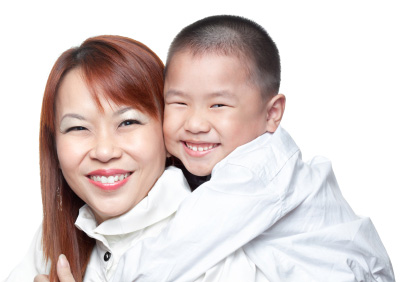 Q: What are mitochondrial diseases or disorders?

In mitochondrial diseases, the mitochondria cannot efficiently turn sugar and oxygen into energy, so the cells do not work correctly.

Mitochondrial diseases and disorders are the same thing.

Q: Is there a relationship between mitochondrial disease and autism?

A: A child with a mitochondrial disease:

Q: What is regressive encephalopathy?

A: Encephalopathy is a medical term for a disease or disorder of the brain. It usually means a slowing down of brain function.

Regression happens when a person loses skills that they used to have like walking or talking or even being social.

Regressive encephalopathy means there is a disease or disorder in the brain that makes a person lose skills they once had.

We know that sometimes children with mitochondrial diseases seem to be developing as they should, but around toddler or preschool age, they regress. The disease was there all the time, but something happens that “sets it off”. This could be something like malnutrition, an illness such as flu, a high fever, dehydration, or it could be something else.

Q: Is there a relationship between autism and encephalopathy?

Q: What do we know about the relationship between mitochondrial disease and other disorders related to the brain?

A: Different parts of the brain have different functions. The area of the brain that is damaged by a mitochondrial disease determines how the person is impacted. This means that a person could have seizures; trouble talking or interacting with people; difficulty eating; muscle weakness, or other problems. They could have one issue or several.

Q: Do vaccines cause or worsen mitochondrial diseases?

A: As of now, there are no scientific studies that say vaccines cause or worsen mitochondrial diseases. We do know that certain illnesses that can be prevented by vaccines, such as the flu, can trigger the regression that is related to a mitochondrial disease. More research is needed to determine if there are rare cases where underlying mitochondrial disorders are triggered by anything related to vaccines. However, we know that for most children, vaccines are a safe and important way to prevent them from getting life-threatening diseases.

Q: Are all children routinely tested for mitochondrial diseases? What about children with autism?

A: Children are not routinely tested for mitochondrial diseases. This includes children with autism and other developmental delays.

Testing is not easy and may involve getting multiple samples of blood, and often samples of muscle. Doctors decide whether testing for mitochondrial diseases should be done based on a child’s signs and symptoms.

Q: Should I have my child tested for a mitochondrial disease?

A: If you are worried that your child might have a mitochondrial disease, talk to your child’s doctor.