Focus on the Future (FOF) 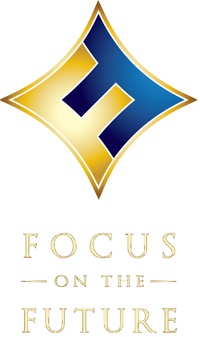 The Science behind the Package
FOF is a peer-delivered, clinic-based, individual-level, single-session behavioral intervention (Crosby et. al., 2009). FOF aims to educate and motivate clients to use condoms correctly and consistently in order to reduce the spread of HIV and other STDs. It is intended for the participant to receive the intervention one time. FOFis based on the Information, Motivation, and Behavioral Skills (IMB) model, which states that people need information, motivation, and practice with a behavior in order to properly learn that behavior. It is also based on Bandura’s Social Learning Theory, which states that people learn new behaviors through observational learning, imitation, and modeling.

Target Population
African American men who have sex with women (MSW), ages 18-29, who are seeking care in an STD clinic due to reported symptoms of an STD or who have received an STD diagnosis, who have used a condom in the last three months, and who are not knowingly HIV-positive.

Intervention
FOF is delivered in an STD clinic by a Peer Health Advisor (PHA) who is a trained peer from the community where the intervention is being delivered. Clients are recruited to meet with the PHA for a single 45-60 minute conversation. During this conversation the PHA establishes a rapport with the client, learns about the client’s barriers to condom use, discusses how to address errors when using condoms, asks the client to practice correct condom and lubricant use 3+ times on a model, and allows the client to learn about and take home with him a wide variety of high-end condoms and water-based lubricants.

A Package Developed from Science
Replicating Effective Programs (REP) is a CDC-initiated project that supports the translation of evidence-based HIV/ AIDS prevention interventions into everyday practice, by working with the original researchers in developing a userfriendly package of materials designed for prevention providers. FOF is one of the REP interventions and is the product of extensive collaboration among researchers, training and materials developers, STD prevention clinics, and the CDC. The intervention has been field tested in four STD clinics by non-research staff.

Core Elements
Core elements are intervention components that must be maintained without alteration to ensure program effectiveness. The core elements of FOF are:

For More Information on the FOF Intervention Package
To find out more about package availability and future trainings, please visit Effective Interventions.