Scarlet Fever: All You Need to Know

If your child has a sore throat and a rash, it may be scarlet fever (also called scarlatina). Your child’s doctor can do a quick strep test to find out.

Bacteria called group A Streptococcus (group A strep) cause scarlet fever. These bacteria are also the cause of strep throat. The bacteria sometimes make a toxin (poison), which causes a rash — the “scarlet” of scarlet fever.

How you get scarlet fever

It usually takes two to five days for someone exposed to group A strep bacteria to become sick with strep throat or scarlet fever.

Rash and fever are common symptoms

In general, scarlet fever is a mild infection. Illness usually begins with a fever and sore throat. Swallowing may be painful.

One to 2 days after the illness begins, a red rash usually appears. However, the rash can appear before illness or up to 7 days later.

The rash may first appear on the neck, underarm, and groin (the area where your stomach meets your thighs). Over time, the rash spreads over the body. The rash usually begins as small, flat blotches that slowly become fine bumps that feel like sandpaper.

Although the cheeks might look flushed (rosy), there may be a pale area around the mouth. Underarm, elbow, and groin skin creases may become brighter red than the rest of the rash.

The rash from scarlet fever fades in about 7 days. As the rash fades, the skin may peel around the fingertips, toes, and groin area. This peeling can last up to several weeks.

Anyone can get scarlet fever, but there are some factors that can increase the risk of getting this infection. 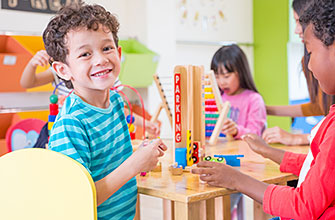 Scarlet fever is more common in children than adults; however, it is rare in children younger than 3 years old.

Close contact with another person with scarlet fever is the most common risk factor for illness. For example, if someone has scarlet fever, the bacteria often spread to other people in their household.

Doctors can test for and treat scarlet fever

Many viruses and bacteria can cause an illness that includes a red rash and sore throat. A doctor will determine what type of illness you have by asking about symptoms and doing a physical exam. If they think you might have scarlet fever, they will swab your throat to test for strep throat. There are two types of tests for strep throat: a rapid strep test and throat culture.

Doctors treat scarlet fever with antibiotics. Benefits of antibiotics include:

People with scarlet fever should stay home from work, school, or daycare until they:

Long-term health problems are not common

Treatment with antibiotics can prevent most of these health problems.

People can get scarlet fever more than once. Having scarlet fever does not protect someone from getting it again in the future. While there is no vaccine to prevent scarlet fever, there are things people can do to protect themselves and others. 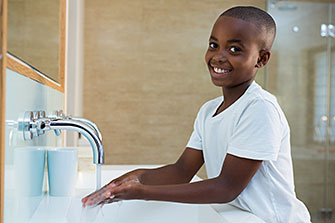 Washing your hands often is the best way to keep from getting or spreading germs like group A strep.

Antibiotics help prevent someone with scarlet fever from spreading the bacteria to others.