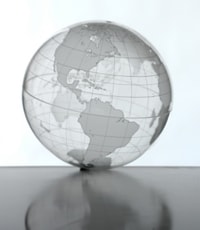 June 25, 2012 — A study published today in The Lancet Infectious Diseases Online Firstexternal icon provides the first global estimates of how many people died as a result of the 2009 H1N1 influenza pandemic. The study, co-authored by 9 members of the CDC Influenza Division, used an improved modeling approach which resulted in an estimated range of deaths from between 151,700 and 575,400 people who perished worldwide from 2009 H1N1 virus infection during the first year the virus circulated. A disproportionate number of deaths occurred in Southeast Asia and Africa, where access to prevention and treatment resources are more likely to be limited. Study authors hope that this work can be used not only to improve how influenza deaths are estimated, but also to improve the public health response during future pandemics in parts of the world that suffer more influenza-related deaths.

These global estimates are more than 15 times higher than the number of laboratory-confirmed deaths reported to the World Health Organization (WHO). WHO has acknowledged for some time that official, lab-confirmed reports are an underestimate of actual number of influenza deaths. Diagnostic specimens are not always collected from people who die with influenza; for others, influenza virus may not be detectable by the time of death. Because of these challenges, modeling is used to estimate the actual burden of disease.

While studies looking at the burden of the 2009 H1N1 pandemic by country have been published previously, this is the first study to assess the global mortality impact of the pandemic. The authors of the study had to overcome numerous challenges to arrive at these estimates, including lack of data specific to influenza in many countries, variability in terms of the level and timing of influenza virus circulation and differences across countries based on socio-economic factors listed above. They did this by using influenza surveillance data from high-, middle- and low-income countries, case fatality ratios reported from high income countries and the World Health Organization Burden of Disease data on lower respiratory tract infection mortality.

The estimated number of deaths from this model was similar to previous mortality estimates during the first 12 months of 2009 H1N1 virus circulation in some countries, including the United States.

According to the study, the largest death burden may have occurred in countries in the African and Southeast Asian regions, where it was estimated that more than half of all 2009 H1N1-related deaths occurred. These regions are home to 38 percent of the world’s population. People living in these countries may be at higher risk for death from influenza complications due to differences in access to and quality of health care, nutritional status, the prevalence of underlying conditions, the age structure of the population and limited availability of influenza vaccines and antiviral medications.

“The lack of mortality estimates in low- and middle-income countries represents an important knowledge gap in understanding the impact of the 2009 H1N1 pandemic on the world’s population,” says study author Dr. Fatimah Dawood of CDC.

This study estimated that 80% of 2009 H1N1 deaths were in people younger than 65 years of age which differs from typical seasonal influenza epidemics during which 80-90% of deaths are estimated to occur in people 65 years of age and older. To illustrate the impact of the shift in the age distribution of influenza deaths to younger age groups during the pandemic, researchers calculated the number of years of life lost due to 2009 H1N1-associated deaths. They estimated that 3 times as many years of life were lost during the first year of 2009 H1N1 virus circulation than would have occurred for the same number of deaths during a typical influenza season.

This study’s approach to measuring the impact of 2009 H1N1 shows progress toward more accurate estimates of global mortality and advances understanding of the burden of influenza around the world, while the volume of estimated 2009 H1N1 deaths underscores the need for CDC’s continued commitment to influenza prevention and control activities around the world.