Highly Pathogenic Avian Influenza A(H5N1) in Birds and Other Animals 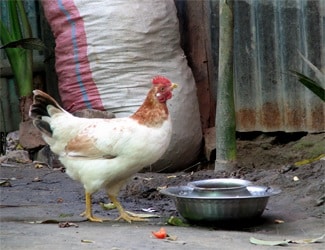 Since December 2003, an Asian HPAI H5N1 virus has resulted in high mortality in poultry and wild birds in Asia, the Middle East, Europe, and Africa.

In January 2015, an HPAI H5N1 virus was detected in a wild duck in the United States. This virus is a “reassortant” virus with genes from Asian HPAI H5 viruses and low pathogenic North American viruses. (“Reassortment” occurs when the genes from two different viruses mix to create a new virus.) The HPAI H5N1 virus detected in the United States is a new combination of avian influenza genes never previously seen before. While no human cases associated with this reassortant virus have been reported, it’s possible this virus could infect people and cause serious disease. CDC has developed interim guidance on testing and prophylaxis.

HPAI H5N1 viruses have been detected in other animals as well (see list below). Infection of animals other than birds with these viruses may cause illness, including severe disease and death in some infected animals.

As HPAI H5N1 viruses continue to evolve, other mammals may become infected. For more information, see the update on avian influenza in animals from the World Organisation for Animal Health (OIE)external icon website.