The 2014-2016 Ebola outbreak in West Africa has ended. Visit the Ebola Outbreak section for information on current Ebola outbreaks.

The largest Ebola outbreak in history was first reported in March 2014 and declared over by the World Health Organization (WHO) on June 10, 2016. While the epidemic spread to other parts of Africa, Europe, and the United States, the largest impact was in Guinea, Sierra Leone, and Liberia, the epicenter of the outbreak. Over the duration of this epidemic, there were 28,616 suspected, probable, and confirmed cases from these three countries and 11,310 deaths.

The following map (and accompanying tables) illustrate the number of confirmed cases found by prefecture in Guinea, Sierra Leone, and Liberia as of March 27, 2016, when WHO terminated the Public Health Emergency of International Concern (PHEIC) for the Ebola outbreak in West Africa. 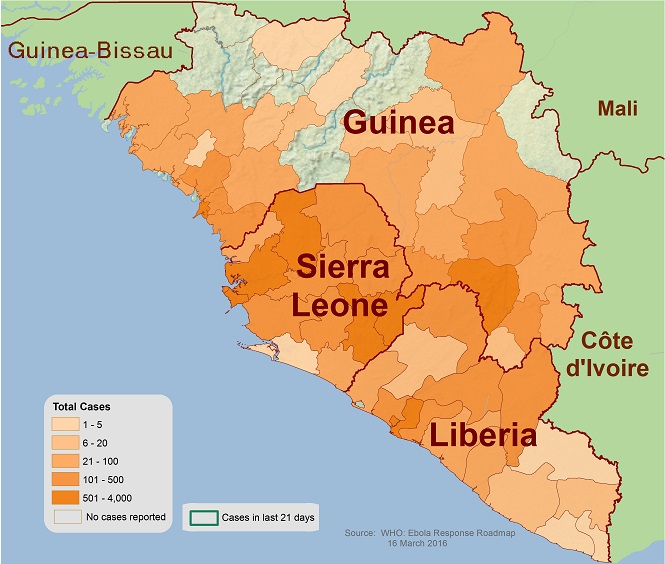 Confirmed Cases Found by Prefecture in Guinea, Sierra Leone, and Liberia as of March 27, 2016