Teen Drivers: Get the Facts In 2019, almost 2,400 teens in the United States aged 13–19 were killed1,2 and about 258,000 were treated in emergency departments for injuries suffered in motor vehicle crashes.1 That means that every day, about seven teens died due to motor vehicle crashes, and hundreds more were injured. In addition, motor vehicle crash deaths among teens 15–19 years of age resulted in about $4.8 billion in medical and work loss costs for crashes that occurred in 2018.1

The risk of motor vehicle crashes is higher among teens aged 16–19 than among any other age group. In fact, per mile driven, teen drivers in this age group are nearly three times as likely as drivers aged 20 or older to be in a fatal crash.2

Teens who are at especially high risk for motor vehicle crashes are:

What factors can put teens at risk? 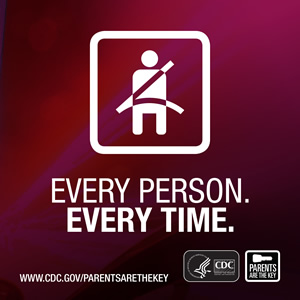 Parents: Make sure you and your young driver are aware of the leading causes of teen crashes and injuries:

There are proven methods to help teens become safer drivers. Learn what research has demonstrated that parents can do to keep teen drivers safe from these risks.

At least 48% of teen drivers and passengers aged 16–19 years who died in passenger vehicle crashes in 2019 were not wearing a seat belt at the time of the crash.2 Research indicates that seat belts reduce serious crash-related injuries and deaths by about halfexternal icon.28

Driving is a complex skill, one that must be practiced to be learned well. Teenagers’ lack of driving experience, together with risk-taking behavior, heightens their risk for crashes. The need for skill-building and driving supervision for new drivers is the basis for graduated driver licensing (GDL) systems. Although varied, GDL systems exist in all U.S. states and Washington, D.C. GDL systems provide longer practice periods, limit driving under high-risk conditions for newly licensed drivers, and require greater participation from parents as their teens learn to drive. Research indicates that GDL systems are associated with reductions of about 19% for injury crashes and about 21% for fatal crashes for 16-year-olds.37 Current GDL research has frequently focused on exploring how many teens are delaying licensure, characteristics of teens who are more likely to delay licensure, and whether teens who delay licensure might be missing out on important benefits of GDL because they are aging out of the GDL systems in their states.38–42

Parents can help their teens be safer by knowing and following their state’s GDL laws. Check out GDL laws by stateexternal icon on the Insurance Institute for Highway Safety’s website to learn more about your state’s GDL laws.

Parents Are the Key Parents, pediatricians, and communities can find more information on how to keep teens safe on the road at www.cdc.gov/ParentsAretheKey. There you can download free materials including a Parent-Teen Driving Agreement.