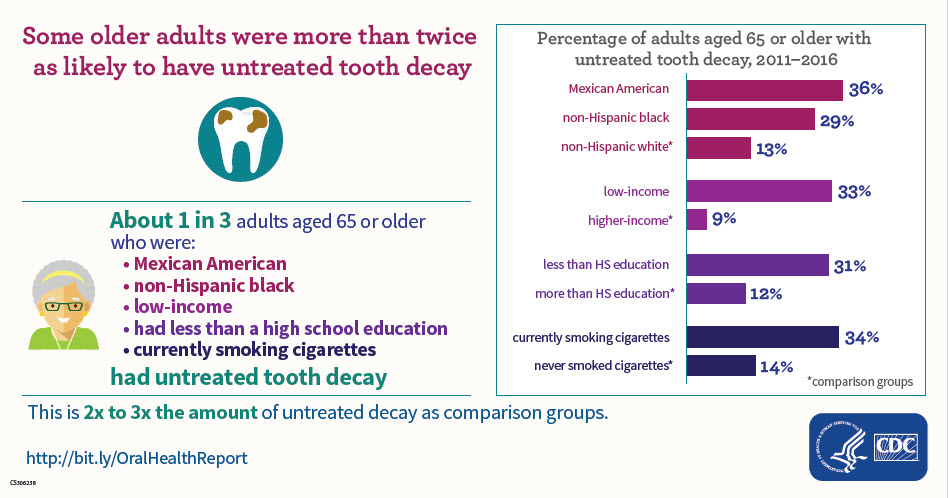 Some older adults were more than twice as likely to have untreated tooth decay. About 1 in 3 adults aged 65 or older who were Mexican American, non-Hispanic black, low-income, had less than a high school education, or were currently smoking cigarettes had untreated tooth decay. This is two to three times the amount of untreated decay as comparison groups.