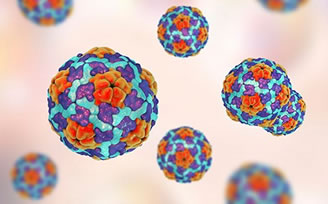 Data from the National Notifiable Diseases Surveillance System (NNDSS) helped the Division of Viral Hepatitis (DVH) at the Centers for Disease Control and Prevention track, understand, and monitor disease trends during a widespread hepatitis A outbreak.

Hepatitis A is an acute infection that can result in mild to serious illness, hospitalization, and, in rare cases, death. Incidence rates of hepatitis A decreased more than 95 percent from 1995 to 2011, largely due to childhood vaccination efforts. However, beginning in 2016, states began seeing a sizeable increase in infections; from 2013–2015 to 2016–2018, infections increased by 294 percent.

During 2006 to 2016, U.S. hepatitis A rates were attributed to occasional outbreaks, often linked to contaminated imported food and background disease among non-immune persons. However, in 2016, large person-to-person outbreaks of hepatitis A began to occur among persons who use drugs and persons experiencing homelessness. During 2016–2019, CDC received more than 36,000 reports of hepatitis A infections in 34 states through NNDSS.

Each week, health departments voluntarily submit case notifications on hepatitis A infections and more than 100 other conditions to CDC using NNDSS, which is managed by the CDC Division of Health Informatics and Surveillance in the Center for Surveillance, Epidemiology, and Laboratory Services. About 3,000 public health departments across the country gather and use disease surveillance information to protect their local communities from serious disease. Nearly 2.7 million disease cases are reported through NNDSS each year.

NNDSS plays an important role in ensuring that CDC programs receive timely data from health departments so that the programs can identify emerging issues and provide guidance to jurisdictions on how best to respond. DHIS and CDC programs examine statistical data based on NNDSS to help recognize outbreaks, monitor shifts in disease patterns, and evaluate disease control activities.

Since March 2017, DVH has been assisting multiple state and local health departments with their hepatitis A responses. They set up an incident management system and worked with the CDC National Center for Immunization and Respiratory Diseases and CDC Center for Preparedness and Response to better support states impacted by hepatitis A outbreaks and those trying to avoid large outbreaks in the future.

Learn more about the widespread hepatitis outbreak. Access information about DVH and NNDSS.