In advance of National Black HIV/AIDS Awareness Day (observed Tuesday, February 7), CDC has published new data showing gaps in disparities are closing, but too many African Americans with HIV are not getting the care and treatment they need. 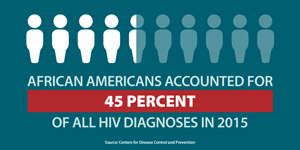 View High Resolution Version
Despite prevention efforts and improvements in diagnoses and treatment, the numbers continue to show that African Americans are more affected by HIV than any other racial/ethnic group in the nation. In 2015, African Americans accounted for 45% of all HIV diagnoses. 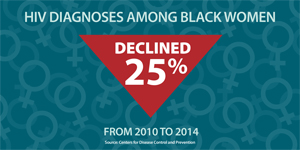