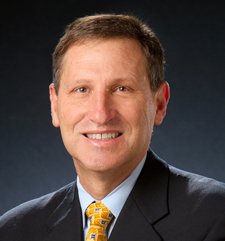 Lyle R. Petersen, MD, MPH, is the director of the Division of Vector-Borne Diseases (DVBD) in the National Center for Emerging and Zoonotic Infectious Diseases (NCEZID). DVBD, located in Fort Collins, Colorado, supports CDC’s mission to protect the American public from emerging and endemic bacterial and viral pathogens spread by mosquitoes, ticks, fleas, and other vectors.

Dr. Petersen earned his medical degree from the University of California, San Francisco. His career at CDC began in the Epidemic Intelligence Service (EIS) in 1985. After his EIS training, he joined CDC’s Division of HIV/AIDS where he worked until 1995. During that time, he completed CDC’s Preventive Medicine Residency Program, received a Master of Public Health degree from Emory University, and served in several posts, including the Chief of the HIV Seroepidemiology Branch. In 1996, Dr. Petersen accepted an assignment in Germany where he helped guide that country’s efforts in creating a new national infectious disease epidemiology program at the Robert Koch Institute in Berlin. In 2000, he returned to the United States to serve as the Deputy Director for Science of the DVBD, and he became the division’s Director in 2004. Dr. Petersen also served on the National Security Staff at the White House during the Ebola Response and was the Incident Manager of the Zika Response at CDC.