Manager Practices about Workers Working When They Are Sick

Future prevention efforts should focus on addressing the sick worker policy and practice shortcomings found in this study.

Restaurants should be encouraged to 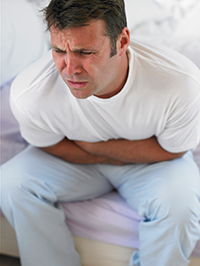 Managers should be encouraged to take a more proactive role in deciding whether sick workers should work.

Managers and workers should be encouraged to not work when sick with foodborne illness symptoms.

Sick food workers have been linked with past foodborne illness outbreaks.

The U.S. Food and Drug Administration (FDA) recommends that restaurant food workers not work when sick with symptoms of foodborne illness. FDA also makes recommendations about symptoms that should keep workers from working. Those symptoms include vomiting and diarrhea and other symptoms.

We don’t know how many restaurants have policies about these issues. We also don’t know much about what happens in restaurants when managers and workers are sick. If we learn more about what happens when staff are sick, we can make recommendations to stop them from working when sick. Lowering the number of staff who work when they are sick can reduce the number of foodborne illness outbreaks.

The purpose of this study was to describe

Most restaurants have ill worker policies, but many of them are incomplete.

Some managers and workers have worked with symptoms consistent with foodborne illness.

Most managers did not ask sick workers if they had foodborne illness symptoms. And in most cases, workers make their own decisions to work when sick.

Managers and workers work when sick for many reasons. They include personal, financial, and social reasons.

Most restaurants met some of the FDA guidance:

However, many policies did not meet other FDA guidance:

Less than a third of the managers said they asked sick workers if they had vomiting or diarrhea.