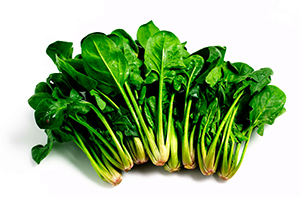 In 2006, a CDC investigation linked a multistate outbreak of Escherichia coli (E. coli) 0157:H7 to fresh bagged spinach from California. Effects were widespread: people became ill, the spinach was recalled, and farmers were unable to sell some of their crops. This outbreak endangered consumers, cost farmers money, and concerned farm conglomerates, oversight authorities and regulators.

In disease outbreaks, CDC’s epidemiologists are usually the primary “disease detectives” dispatched to investigate and find the source of the illness. In 2006, along with the State of California and the Food and Drug Administration (FDA), CDC epidemiologists investigated this outbreak of E. coli O157:H7. The epi team found the source of the illness was spinach grown on a farm in California. Investigators tied the contaminated spinach to this particular farm by matching the type of E. coli in sick patients with environmental samples taken from the spinach field.

This CDC investigation was unique and important because it did not end when epidemiologists found the source of E. coli on the spinach in fields. To determine how the bacteria entered the fields, CDC sent another type of disease detective: environmental health specialists. These specialists added expertise to conduct a watershed scale, systems-based environmental assessment to investigate the potential effects of irrigation water quality on the spinach. The environmental investigation examined overall watershed characteristics, irrigation wells and their use, and how water moved above and below ground in the area. The environmental health team evaluated the following factors that could have affected the outbreak: 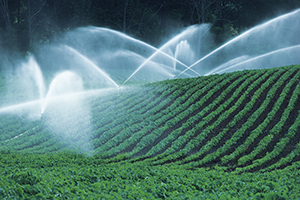 The contaminated fields lay near the San Benito River, a tributary of the coastal Pajaro River near Monterey Bay. To investigate potential water issues related to the outbreak, investigators examined various data including

The environmental health team considered heavy rainfall runoff from hillside cattle pastures onto crop fields as a possible source of the E. coli bacteria. Cattle pasture grazing areas lay on hillsides around the agricultural areas, making them a prime concern for surface runoff to move onto crop fields, especially during heavy rainfall. However, the outbreak occurred in the dry season from June through September. Therefore, the surface water runoff did not appear to have caused the contamination.

Another possible source of contamination was agricultural wells. The quality of well construction can affect whether water from the ground surface (for example, rainwater flowing atop the ground) reaches the well water through the well bore (the hole to drill the well). Grouting, or placing a cement-type substance on well walls, helps to keep this water out. Records indicated that most agricultural wells in the area were not grouted. However, as rain and surface runoff were practically nonexistent during the dry summer-fall time period of the outbreak, the non-grouted wells were unlikely sources of spinach contamination.

After environmental health assessors analyzed land use, water movement, irrigation and interaction between ground and surface water, they concluded that the most likely contamination risk to the spinach crops during irrigation appeared to be potential contamination arising from interaction between groundwater and surface water.