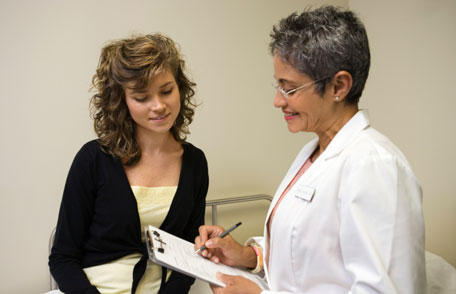 Talk to a health professional about drinking too much alcohol. About 38 million U.S. adults drink too much alcohol. Excessive or risky alcohol consumption includes binge drinking, high weekly or daily use, and any use by pregnant women or those under age 21.*

Drinking too much alcohol contributes to a wide range of negative health and social consequences, including motor vehicle crashes, violence, fetal alcohol spectrum disorders (FASDs), and, over time, can result in serious medical conditions, such as high blood pressure, gastritis (inflamed lining of the stomach), liver disease, and various cancers. Despite the adverse health effects, only 1 in 6 adults has talked about their alcohol use with a health professional. Learn about one state’s effort to reduce risky drinking.

Alaska has one of the highest reported rates of binge drinking in the nation, so public health nurses were interested in approaches that might address this problem. For example, in 2010, about 1 in 5 adults in Alaska reported binge drinking during the last 30 days.*

In 2012, as part of an initiative funded by CDC, the Arctic FASD Regional Training Center (RTC), based at the University of Alaska Anchorage, began working with three public health nursing clinics in Fairbanks, Ketchikan, and Mat-Su/Wasilla to address this problem. This CDC initiative was designed to pilot implementation of alcohol SBI in primary care settings.

Despite the adverse health effects, only 1 in 6 adults has talked about their alcohol use with a health professional.

Research shows that alcohol SBI is effective at reducing the amount of alcohol consumed by those who are drinking too much. Alcohol SBI is a clinical preventive service recommended by the US Preventive Services Task Forceexternal icon. It consists of:

Screening is a routine part of the work public health nurses do, whether in Alaska or other parts of the country. For example, public health nurses screen for high blood pressure, high cholesterol, obesity, recommended immunizations, depression, and domestic violence. Asking the nurses to screen for alcohol as a part of their routine services was initially met with some resistance and hesitancy. “It’s so private, and there’s so much stigma around it,” was one nurse’s reaction. Also, it added yet another screening to their already packed schedules. Screening patients’ alcohol use and conducting brief interventions with those who were drinking too much required both buy-in from the nurses and training to improve their skills and confidence.

“I think it (alcohol SBI) definitely fits because of the fact we know alcohol is a problem. We are public health nurses. Our job is to try and help out the community as a whole, and alcohol is a big issue for the community that we live in.” – Public Health Nurse, State of Alaska

CDC has a free guide to help staff in any primary care practice to plan and implement alcohol screening and counseling. 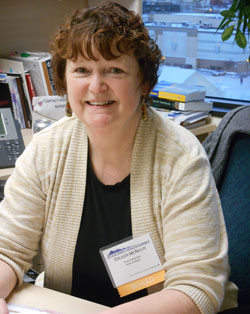 The Arctic FASD RTC and the Alaska Section of Public Health Nursing (PHN) collaborated to find the best way to get this done. They developed and refined alcohol SBI by using a planning team that included administrators, front line nurses, and those knowledgeable about SBI. They had to:

The team tested the process to understand the challenges and determine what really worked before officially launching alcohol SBI.
Alaska’s public health nurses have reported successes in patient interactions and in developing their own unique styles to conduct alcohol SBI. “We should be asking these questions. I think it’s right in there with our usual screenings or questions that we ask people regarding their well-being and health habits,” shared a nurse. Alcohol SBI is now done during family planning, sexually transmitted infection, and tuberculosis clinical visits. The involvement of a team with different roles and perspectives helped to make this a successful effort. Building on this success, Alaska PHN expanded their efforts to integrate alcohol SBI in all 22 Public Health Centers and over 240 villages across the state.

Training and practice change to incorporate alcohol SBI into clinical practice for over 180 staff members, including 120 nurses, took 15 months. Beginning July 2014, alcohol SBI became an integral prevention screen in Alaska’s public health nursing practice. “I think it definitely fits because of the fact we know alcohol is a problem. We are public health nurses. Our job is to try and help out the community as a whole, and alcohol is a big issue for the community that we live in,” concludes a nurse.

We Know What Works

Doctors, nurses, and other health professionals should screen all adult patients and counsel those who drink too much to drink less.

States and communities can reduce excessive alcohol use, including binge and underage drinking, by implementing evidence-based population strategies that are documented in the Guide to Community Preventive Servicesexternal icon.