Monitoring Alcohol Use Among Women of Childbearing Age 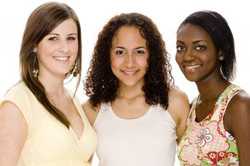 CDC monitors alcohol use among women of childbearing age in the United States. These data are important to help reduce alcohol-exposed pregnancies by identifying groups of women at increased risk and designing prevention programs aimed at reducing risk behaviors and improving pregnancy outcomes.

The data are collected using the Behavioral Risk Factor Surveillance System (BRFSS). The BRFSS is an ongoing, state-based, random-digit-dialed telephone survey. To determine the potential number of women at risk for an alcohol-exposed pregnancy, data from the BRFSS are analyzed for women aged 18–44 years in all 50 states. Women are asked about their use of alcohol during the 30 days before the survey.

The following patterns of alcohol drinking are examined:

Prevalence estimates vary from state to state and region to region. View your state’s alcohol consumption rate in 2019.

These scientific articles are from 2004 to present.