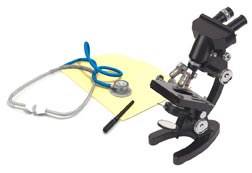 Fetal alcohol spectrum disorders (FASDs) are a group of conditions that can occur in a person whose mother drank alcohol during pregnancy. These effects can include physical problems and problems with behavior and learning. Often, a person with an FASD has a mix of these problems.

CDC works with partners across the country to develop systems to monitor FASD exposures and outcomes, conduct epidemiologic studies and public health research to identify maternal risk factors associated with giving birth to a child with an FASD, and implement and evaluate FASD prevention and intervention programs.

Click on one of the following links to learn more about CDC’s research:

Consumption of Alcohol Beverages and Binge Drinking among Pregnant Women Aged 18–44 Years — United States, 2015–2017
In a new Morbidity and Mortality Weekly Report (MMWR) article, CDC researchers found that about 1 in 9 pregnant women reported drinking alcohol* in the past 30 days.

Advise about Risky Alcohol Use
Most adults who drink at risky levels and were asked about their alcohol use during checkups were not advised to drink less, according to a new CDC study.

Understanding and improving health messages about alcohol and pregnancy
The American Journal of Health Education published a study looking at women’s knowledge and beliefs about alcohol use and its risks during pregnancy, the role others play in influencing women’s behaviors, and women’s sources of health information to understand this issue.

Low to Moderate Alcohol Use During Pregnancy and the Risk of Specific Neurodevelopmental Effects in Five-Year-Old Children
BJOG: An International Journal of Obstetrics and Gynaecology published five papers from the Lifestyle During Pregnancy Study which examined three specific neurodevelopmental outcomes in five-year-old children whose mothers reported drinking low to moderate amounts of alcohol during pregnancy.

The effects of alcohol use during pregnancy and later developmental outcomes: An analysis of previous studies
The journal Alcoholism: Clinical and Experimental Research has published a meta-analysis of multiple studies examining how drinking patterns of women during pregnancy can affect the development of their children.

Online Trainings on Alcohol-Free Pregnancy
Read about the availability of free online courses for healthcare professionals on the prevention, identification, and management of FASDs.
(Published September 9, 2019)

Teen Substance Use & Risks
Read about the risk in teens of substances use, such as alcohol, marijuana, tobacco, and other drugs. Parents can help by talking to their teen’s pediatrician about screening for substance use.
(Published April 1, 2019)

FASD Awareness
Alcohol use during pregnancy can cause fetal alcohol spectrum disorders, which are physical, behavioral, and intellectual disabilities that last a lifetime.
(Published March 20, 2019)

Fetal Alcohol Spectrum Disorders: One Woman’s Story
Read about one woman’s experience with FASDs. Information about new tools and resources you can use is also provided.
(Published: September 5, 2017)

Advise about Risky Alcohol Use
Most adults who drink at risky levels and were asked about their alcohol use during checkups were not advised to drink less.
(Published: May 10, 2018)