Advise about Risky Alcohol Use 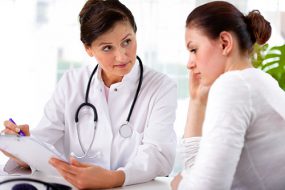 Most adults who drink at risky levels and were asked about their alcohol use during a checkup did not receive advice to drink less from their providers, according to a CDC study.

Most adults who drink at risky levels and were asked about their alcohol use during checkups were not advised to drink less, according to a Centers for Disease Control and Prevention (CDC) study. The study looked at alcohol screening and brief counseling practices among healthcare providers in 17 states and the District of Columbia. Alcohol screening and brief counseling is an approach based on the best available scientific evidence that can help adults who drink alcohol at risky levels to reduce the amount that they drink.

Risky alcohol use increases the risk for developing long-standing diseases (such as heart disease and breast cancer), as well as injuries and violence (such as motor vehicle crashes, suicide, and homicide). Any alcohol use by pregnant women increases the risk for miscarriage, stillbirth, and a range of lifelong disorders in their babies known as fetal alcohol spectrum disorders (FASDs).

Similar to screenings for blood pressure or tobacco use, alcohol screening and brief counseling is an effective clinical preventive service that is supported by decades of research. It is recommended by the US Preventive Services Task Forceexternal icon and medical organizations, such as the American Academy of Family Physicians, the American Medical Association, the American College of Obstetricians and Gynecologists, and the American Academy of Pediatrics. In 2014, CDC published a guide pdf icon[2 MB, 52 Pages, Print Only] to help primary medical care practices incorporate alcohol screening and brief counseling into routine clinic visits.

CDC researchers found the following among U.S. adults who reported having a checkup in the past two years:

These findings indicate that routine alcohol screening and brief counseling, as recommended, is not yet a standard part of primary medical care. This is despite evidence that it works, is cost-effective (good value for the amount of money that it costs), and is recommended for all adults during routine clinic visits with their primary healthcare providers. Continued efforts are needed to increase adoption of alcohol screening and brief counseling by healthcare providers to reduce risky alcohol use among adults.

The CDC has conducted FASD research, identification, and prevention efforts since 1991. Key activities include the following: