Fetal alcohol spectrum disorders (FASDs) are a group of conditions that can occur in a person whose mother drank alcohol during pregnancy. These effects can include physical problems and problems with behavior and learning. Often, a person with an FASD has a mix of these problems. 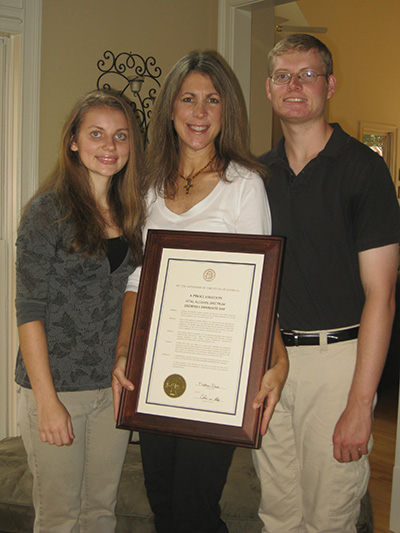 Sasha Cook is a young adult living with a fetal alcohol spectrum disorder (FASD). Read about his experiences.

Alexander “Sasha” Cook was adopted in 1997 at the age of five. As a child and young teen, Sasha faced numerous difficulties. These included learning problems, struggles with social relationships such as interacting with classmates, difficulty with team sports since rules were too abstract, and trouble handling everyday things in life. He still remembers that being with his fellow students was “no fun.” Sasha had many evaluations and was diagnosed with multiple disabilities. Knowing he was exposed to alcohol before birth is what helped his family and doctors best understand his challenges. Typical milestones that other children reached and took for granted seemed out of reach for Sasha.

Yet despite the odds and with support from his family, friends, church, and school community, Sasha has come a long way. Sasha has shown great potential, has many strengths, works hard, and clearly shows his resilience and depth of character. “We did the majority of behavior modification at home through structure and by understanding that this is not a moral disorder but a brain-based disorder,” explains Melissa. “It is constant coaching, adapting, and modifying expectations for them, realistically…. matching their potential with their gifts and strengths. As parents, we are their external brain and our children who have FASDs can be successful in a safe, structured, organized, and under-stimulated environment that recognizes and builds on their capabilities in order to help through the challenges.”

Sasha successfully completed high school and has been gainfully employed by a large national grocery chain since 2009. Over the years, Sasha has been given additional responsibilities by his employer and was also recognized for his willingness to help others. Sasha proudly shares details on the numerous awards he has received and his growing customer service skills. “I was excited to be Employee of the Month in January 2013 and now I’ve been promoted to work the cash register. I like the people who I work with.”

Following in his mother’s footsteps, Sasha is an active member of the community. He understands his disability and helps bring support to others. Recently, he participated and helped answer questions about FASDs at an event hosted by the Georgia Department of Behavioral Health and Developmental Disabilities and The Supreme Court of Georgia’s Committee on Justice for Children. Sasha also provided information about the National Organization on Fetal Alcohol Syndrome (NOFAS) Georgia chapter. NOFAS, a national nonprofit resource of the FASD community, is committed to preventing FASDs and supporting individuals and families living with FASDs.

As busy as Sasha stays, he still participates in fun activities including playing the piano, playing tennis with the family, and participating in a church bowling league. “As a mother raising children with FASDs, I have found that promoting physical activity through individualized sports such as bowling, tennis, and ping pong are important tools to enhance a child’s daily functioning,” Melissa explains. Sasha is a very well-rounded young man and receives great family support in all his endeavors. 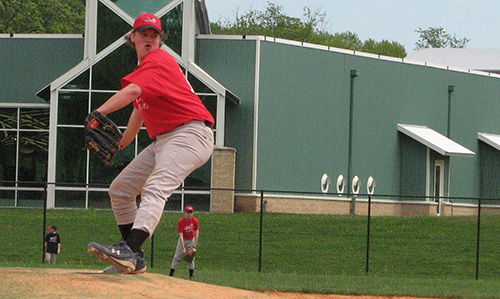 Taylor Allen is a young man with a fetal alcohol spectrum disorder (FASD) living with his parents, Mark and Cathy Allen in the Washington, DC area.

Taylor was diagnosed with an FASD in 8th grade. Before he was diagnosed, he struggled and had been misdiagnosed with attention-deficit / hyperactivity disorder (ADHD) in first grade. He lied, took things in school that did not belong to him, and recalls being disconnected and very frustrated. In the 8th grade, Taylor took a pocket knife to school and was suspended. Since it was a weapon, he had to go through the First Offender’s Program and seek counseling. The counselor noticed a gap between action, reaction, and consequences, and had Taylor tested. Taylor was finally diagnosed with an FASD.

When Taylor was born, his birth mother had disclosed to the doctor that she was dealing with alcohol dependence and drank alcohol while pregnant with Taylor. This information from Taylor’s parents was helpful to finally diagnose him with an FASD. After Taylor’s diagnosis, the Allen family finally connected with National Organization on Fetal Alcohol Syndrome (NOFAS) and the Kennedy Krieger Institute to get help for Taylor.

Some of the behaviors Taylor has struggled with include difficulty maintaining attention, inability to plan and manage time, poor problem solving skills, inability to learn from consequences, social awkwardness, anxiety, and depression. Cathy Allen, Taylor’s mother, shares that “Taylor has the outward appearance of any other young man since he is on the high functioning end of the spectrum, so his FASD behaviors are often misunderstood – causing Taylor extreme anxiety and depression.”

After a great deal of struggle and perseverance from Taylor and his family, Taylor earned his associate’s degree in electronics from a trade school. Taylor currently works as a lead custodian at an area airport. He enjoys playing and watching baseball, tinkering with computers, reading, and spending time with his girlfriend. Taylor hopes to further his education and he is working toward living independently.