Clubfoot is a birth defect that usually happens when the tissues that connect muscles to bone in a baby’s leg and foot are shorter than normal. To learn what it’s like to live with this condition or how families are affected, read these real stories from people living with clubfoot.

Amanda's Story — In her own words 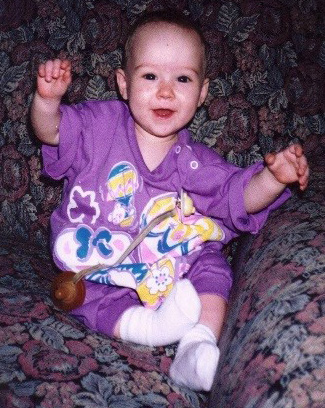 Amanda shares her own story about living with clubfoot and how she won’t let her medical conditions define her. Read her story below.

In early 1991, my mother underwent several rounds of in vitro fertilization (IVF)external icon, and I was born a twin in late October 1991. Although I was born premature, meaning that I was born before 37 weeks of pregnancy, no other problems were reported by the doctors.

A few days after I was born, my father noticed that my right foot was swollen and slightly discolored, an observation my doctor dismissed at my first checkup. A month later, my grandparents took me to the hospital because my foot had become even more swollen. The doctors used a magnetic resonance imaging (MRI) scan and found that I had a tumor on my spinal cord. The doctors thought this tumor is what led to my clubfoot, a birth defect of the foot. Clubfoot usually happens when the tissues that connect muscles to bone in a baby’s leg and foot are shorter than normal. This causes the foot to point downward and inward. 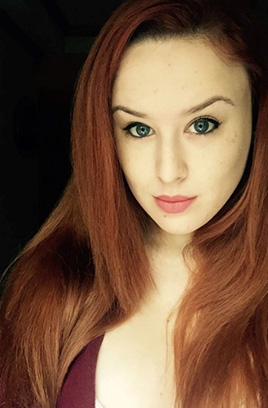 Fortunately, the tumor was not cancerous and I was treated with steroids to shrink the tumor. I remained at the hospital for one month for treatment and rest. Since then, I’ve had two surgeries on my foot and one surgery on my thigh. I had to wear a brace for several years to help correct the position of my foot.

My parents want to advise other parents to trust their instincts when it comes to their child’s health. They recommend that parents always reach out to a healthcare provider if they are worried that their child has a health problem, as well as get a second opinion on their child’s condition.

I have developed the attitude that I am not going to be defined by my clubfoot or any other medical condition. There are times when my clubfoot plays a big role in my ability to do something. For example, walking up stairs takes me longer than other people, and I likely won’t ever be able to run in a marathon. However, there are many things in my life that are not negatively affected by my clubfoot. I’ve had a very successful academic career and earned a Master’s degree in public health. I also enjoy kayaking, photography, and cooking. I encourage other people living with birth defects to accept their conditions, but don’t let it define who they are as a person.