Obstetrics and Gynecology published a new study on gastroschisis, a birth defect where a baby’s intestines stick outside of the body through a hole beside the belly button. Previous studies from some individual states and other countries have suggested that gastroschisis has been on the rise in recent years. In this study, one of the largest in the United States, researchers with the National Birth Defects Prevention Network in collaboration with CDC found that gastroschisis increased from 1995-2005. You can read the article’s abstract here.external icon Read more below for a summary of the findings from this article.

Researchers found that gastroschisis increased over time during the decade studied. These results are consistent with other studies. 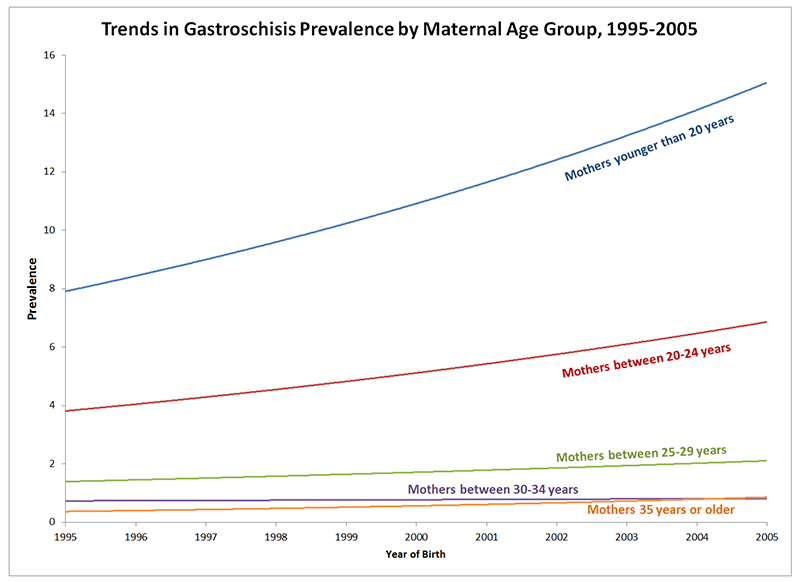 Although we don’t know all the causes of birth defects, women can take steps before and during pregnancy to reduce the risk of having a baby born with birth defects. Such steps include taking a daily multivitamin with folic acid (400 micrograms), not smoking, and not drinking alcohol during pregnancy.

Learn more about how to prevent birth defects 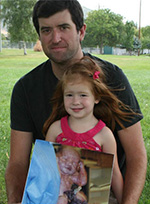 Researchers used data from population-based birth defects tracking programs in 15 states. Population-based means that the researchers look at all babies with birth defects who live in a defined study area, in order to get a complete picture of what is happening among all of the people (the population) living in the study area. Participating states were: Arizona, Arkansas, California (some counties), Colorado, Georgia (some counties), Iowa, Kentucky, New Mexico, New York, Oklahoma, North Carolina, Rhode Island, Texas, Utah, and Washington. In this study, researchers looked at the prevalence of pregnancies affected by gastroschisis born in these 15 states from 1995-2005.

CDC works to identify causes of birth defects, find opportunities to prevent them, and improve the health of those living with birth defects.

The figure shows trends in the prevalence of gastroschisis over time, by mother’s age. Researchers used data from population-based birth defects tracking programs in 15 states from 1995-2005. Participating states were: Arizona, Arkansas, California, Colorado, Georgia, Iowa, Kentucky, New Mexico, New York, Oklahoma, North Carolina, Rhode Island, Texas, Utah, and Washington. When data from these 15 states were combined and looked at by mother’s age, the increase in prevalence of gastroschisis was seen among all maternal age groups under 30 years old, but not for those 30 and older. In particular, among babies born to teen mothers (younger than 20 years), gastroschisis increased from about 8 per 10,000 live births in 1995 to about 15 per 10,000 live births in 2005.