Maternal Treatment with Opioid Analgesics and Risk for Birth Defects 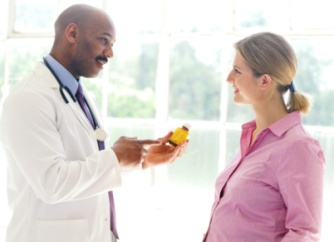 The American Journal of Obstetrics and Gynecology has published a new CDC study: “Maternal Treatment with Opioid Analgesics and Risk for Birth Defects”. You can read the abstract of the article hereexternal icon. The findings from this article are summarized in the following text.

When making treatment decisions just before or during pregnancy, it is important that women and their doctors weigh the benefits of opioid analgesic medications along with their potential risks for birth defects, including some types of congenital heart defects, which are important contributors to infant morbidity and mortality.

The findings related to congenital heart defects were consistent with findings of previous studies showing links between the use of codeine during the first trimester and the occurrence of some heart defects. Congenital heart defects are among the most common birth defects, affecting nearly 1% of U.S. births, and are the main contributor to infant death attributable to birth defects. As mentioned earlier, previous studies have suggested that treatment with opioid analgesics might increase the risk for cleft lip and palate. However, in this study, the occurrence of cleft lip and palate did not appear to be linked with treatment with opioid analgesics.

In this study, the findings related to some of the other birth defects were observed for the first time. For example, links between the use of opioid analgesics and the occurrence of hydrocephaly, glaucoma, or gastroschisis have not been observed in previous studies and deserve further investigation.

About Opioid Analgesics and this Study

Opioid analgesics are prescription medications that commonly are used to treat severe pain. Two common opioid medications are codeine and oxycodone. Lower doses of opioids also might be included in some cough medicines. The effects of opioids on a pregnant woman and her unborn baby are not well understood. Previous studies looking at opioid analgesics and birth defects have had inconsistent findings. However, some have suggested that these medications might increase the risk for heart defects or cleft lip and palate.

For this study, researchers aimed to see if treatment with any opioid analgesic medication just before or during early pregnancy was associated with the occurrence of certain birth defects. The study used data from the National Birth Defects Prevention Study, a population-based, case-control study to understand the causes of and risk factors for major birth defects in the United States. Population-based means that the study looked at all babies with birth defects whose mothers lived in the study region, which is important to make sure that study results apply to the U.S. population in general.