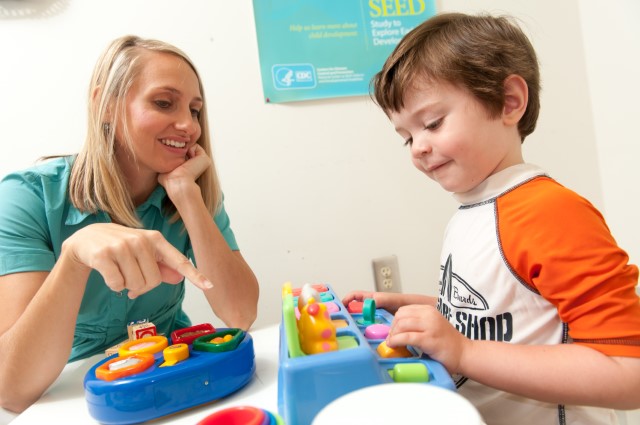 The Journal of Autism and Developmental Disorders has published a new analysis looking at how children are classified with autism spectrum disorder (ASD) in CDC’s Study to Explore Early Development (SEED). ASD is diagnosed by experienced clinicians (for example, developmental pediatricians and child psychologists) who conduct a thorough review of a child’s behavior and development. This thorough review often takes into account the results of standardized tools – such as observations and interviews – that offer a uniform way to define behaviors. This approach for diagnosing ASD, also known as clinical judgment, is considered the “gold standard” in ASD classification. In the new published analysis, CDC researchers developed a method for classifying children with ASD that relies on standardized diagnostic tools – a parent interview and clinical observation of the child – that can be used to create well-defined groups of children to help guide treatment decisions or research designs. CDC researchers examined how well this method for classifying children with ASD compared with the clinical judgment “gold standard.”

You can read the abstract of the article hereexternal icon. Read more below for a summary of findings from this article.

SEED is the largest research study in the United States to help identify factors that may put children at risk for ASD. The goals of this analysis were to