Outbreaks of hepatitis A are occurring across the United States

Vaccinating people at risk can stop the spread.

When hearing about hepatitis A, many people think of contaminated food or water. That is one way the virus can spread and a common way international travelers get infected. However, most people don’t know that in the United States, hepatitis A is more commonly spread from person to person, which is how people are getting infected in the current widespread outbreaks. While hepatitis A can affect anyone, certain groups are at greater risk of being infected in these outbreaks. To help stop the outbreaks, CDC recommends the hepatitis A vaccine for people who use drugs (including drugs that are not injected), people experiencing homelessness, men who have sex with men, people with liver disease, and people who are or were recently in jail or prison.

Hepatitis A is caused by a virus and affects the liver. 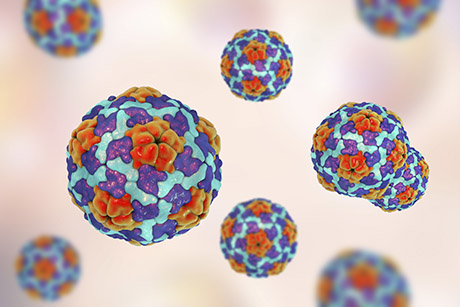 Hepatitis A is a liver infection caused by the hepatitis A virus. The hepatitis A virus is found in the stool of people who are infected and can survive on surfaces for several months. Infection can occur when someone ingests the virus, usually through close personal contact with an infected person. Hepatitis A is very contagious, and people can spread the virus before they get symptoms such as nausea, stomach pain, and yellow skin or eyes. People who get hepatitis A may feel sick for a few weeks to several months. While most people recover and do not have lasting liver damage, some people need to be hospitalized. Hepatitis A can cause death, especially for people who are older or have other health problems.

Outbreaks are causing an increase in the number of people with hepatitis A.

Since the hepatitis A vaccine was first recommended in 1996, rates of hepatitis A have declined dramatically in the United States. In 2015, there were only 1,390 reported cases of hepatitis A in the nation. However, since the current outbreaks were first identified in late 2016, there have been more than 37,000 cases reported, mostly among groups most at-risk. Severe complications, high rates of hospitalization, and more than 340 deaths have occurred nationwide as a result of these outbreaks.

A safe and effective vaccine can prevent hepatitis A.

Hepatitis A is easily prevented with a safe and effective vaccine. Since 2006, the hepatitis A vaccine has been recommended for all children at age one. This means, however, that many adults did not get the hepatitis A vaccine as a child and therefore are not protected against the disease. The vaccine is recommended for adults at risk, including groups affected in these outbreaks, as well as travelers to certain international countries. Although the entire series is needed for long-term protection, one dose of hepatitis A vaccine has been shown to control outbreaks and provides up to 95% protection in healthy adults. People who are at risk for hepatitis A should get vaccinated as soon as possible.