Over the past two years, Pakistan has significantly increased its ability to investigate and respond to outbreaks of deadly but preventable diseases like measles, pertussis, and diphtheria. The key to their success has been through building a skilled workforce of disease detectives and responders who are also tapping into their local communities. 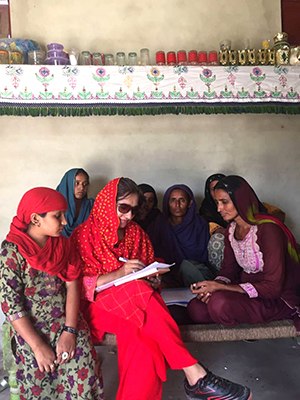 Disease detectives are trained through Pakistan’s Field Epidemiology and Laboratory Training Program (FELTP) and stationed in Disease Surveillance and Response Units (DSRU) located all over the country.

Much of the difference in the country’s ability to tackle outbreaks is because these FELTP fellows use all the local resources available to stop outbreaks. This not only includes provision of vaccines and special vaccine campaigns, but also involving communities and their leaders in controlling the outbreaks. The results of their efforts are showing.

In fact, 90% of outbreaks investigated by disease detectives in the DSRUs also involved resources from local health departments. This is a major step toward making the country’s programs sustainable and preventing future pandemics.

The results of these investigations have enabled Pakistan to control the outbreaks and initiate vaccination campaigns in the areas where they’re needed most.

“Most of these outbreaks are measles, but nearly all other diseases are there too,” notes Jawad Asghar, Resident Adviser of CDC’s FELTP in Pakistan. He points out that in 2016, field investigations led to about 29,500 children receiving lifesaving vaccines, with about 17,000 more in the first three months of 2017.