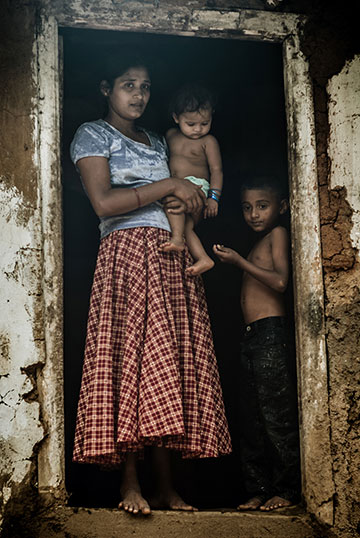 Sometimes the scars of war are not visible. Photo: Sergio Carbajo

Looking at survivors of conflict, it can be easy to miss the mental and emotional damage they are suffering. But we can’t underestimate the effects of lingering psychological issues like depression, post-traumatic stress, or anxiety — not just on one person, but on the whole community. As we try to fix buildings and treat physical injuries, we must not forget to repair the mind and heart.

We know from our studies in war-torn areas like Kosovo and Afghanistan that feelings of anger — and desire to take revenge — are common, and sometimes may be part of post-traumatic stress disorder (PTSD). If these feelings aren’t addressed, the cycle of violence is more likely to continue. We also know that the a society’s ability to function can be affected by high rates of depression. We have only really begun to recognize the far-reaching impact of conflict on mental health over the last decade.

The people of Sri Lanka know what it’s like to live with violent conflict. Estimates are that 80,000 to 100,000 people died as a result of the civil war that lasted more than 25 years. The fighting officially stopped in 2009, but the mental health consequences of such a protracted and painful crisis cast a long shadow. Our team went there to look more closely at the issue and see how we could help.

We began in 2008 by conducting a survey of mental health in part of the country. Not surprisingly, we found elevated levels of PTSD and depression. We returned in 2010 to look at the mental health of aid workers. We tend to assume that workers can just keep going no matter what, continuing to provide care for affected populations, but we find that they too suffer from psychological issues related to the war.

Many aid workers in Sri Lanka were forced to flee their homes. We often forget that helpers need help too.

In Sri Lanka, with our partners from Anglia Ruskin University in the U.K., we have plans to do another survey in the northern part of the country. This new survey will not focus just on patients, but also on the functioning of health facilities. While Sri Lanka has a good national health system overall, the country doesn’t have enough trained mental health professionals. For instance, there are only one or two psychiatrists serving the whole northern province of 1.2 million people.

Because of this, we are working with Sri Lankan researchers, who are now at Anglia Ruskin University, to train primary care providers on how to recognize and treat mental health problems, according to the model of the Mental Health Gap Action Program (MH GAP) established by the World Health Organization. Our next step is to research the effectiveness of these programs.

To rebuild a healthy society after conflict, we must address these mental health issues. Healing emotional wounds is critical to truly moving forward in peace.