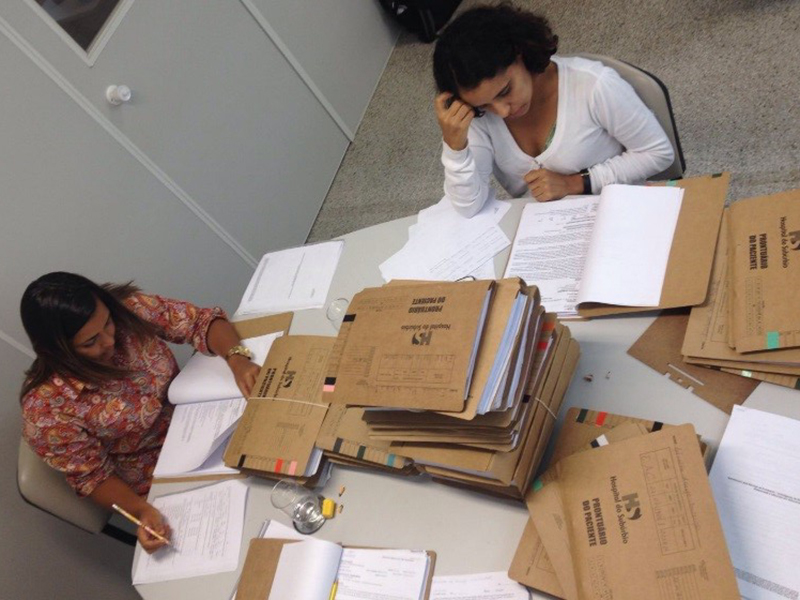 Tatiana M. Lanzieri is a graduate of the first cohort of Brazil’s Field Epidemiology Training Program (FETP) called EpiSUS. The Brazilian Ministry of Health (MOH) launched EpiSUS in 2000, while Lanzieri was completing her residency in preventive medicine.

In 2010, Tatiana joined CDC headquarters in Atlanta, Georgia, as a medical epidemiologist or “disease detective” for the National Center for Immunizations and Respiratory Diseases. She currently serves as the lead epidemiologist for the domestic rubella and cytomegalovirus programs. In honor of the FETP 40th anniversary, Tatiana shared the story of how FETP influenced her professional journey.

Applying FETP Training in the Real-World

When I learned that the Brazilian MOH was recruiting for the newly created EpiSUS program, I was ecstatic. I had long dreamed about making an impact within my country by becoming an epidemiologist and helping to stop outbreaks and the spread of diseases. The EpiSUS program was just the opportunity that I needed. 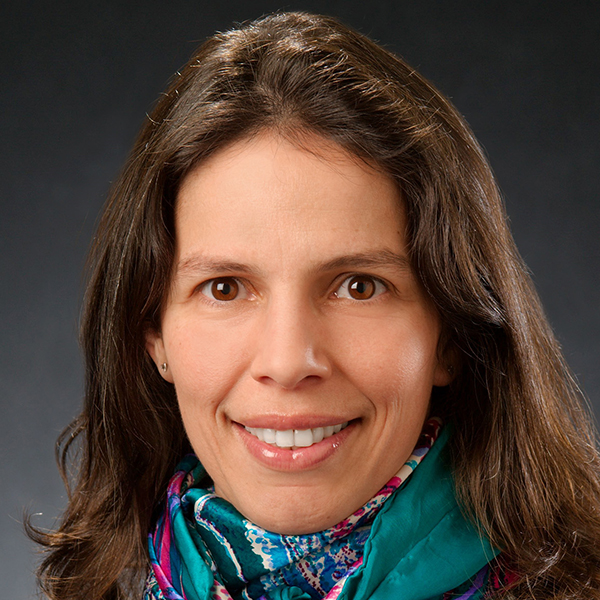 EpiSUS provided me with amazing opportunities to learn by being directly involved in outbreak investigations. My first EpiSUS assignment was to the measles and rubella team when Brazil was working hard to eliminate these diseases. The first investigation I led was a rubella outbreak in the western state of Acre. In the field, I conducted case investigations and collected blood samples for testing. We found the rubella outbreak affected mainly persons 12-29 years of age. Because of the risk of congenital rubella syndrome when rubella occurs during pregnancy, a vaccination campaign was held for young adults in Acre state. The lessons learned from this investigation helped the Ministry of Health implement surveillance for congenital rubella syndrome in all 27 states in Brazil. In 2002, my team was honored for this investigation with the William H. Foege Award for Excellence in Outstanding Public Health Intervention during the Epidemic Intelligence Service International Night event in Atlanta.

After graduating from EpiSUS in 2002, I continued with the program as a mentor and supervisor for subsequent cohorts. During the course of five years, my residents and I were involved in a range of public health activities, which included investigating outbreaks of measles, rubella, rotavirus, malaria, and other emerging infectious and non-infectious health threats. In 2005, I went back to the state of Acre with EpiSUS residents. We used our training to investigate extraordinarily high levels of air pollution from biomass burning in the Amazon forest that caused a spike in emergency room visits due to respiratory diseases.

The Unique Challenges of a Newly Created EpiSUS

Going back two decades and reflecting on the EpiSUS, I vividly remember some of the challenges of the program. At the same time Brazil was building its capacity to respond to outbreaks, the country was strengthening its surveillance system throughout states and municipalities. As FETP gained more visibility in the country, local health departments increasingly reached out to the program for support during outbreak investigations. This was evidence of the program’s success, but also highlighted one of its limitations. The cohort size was quite small, with only about 10–12 residents per class and two CDC resident advisors. To better understand the magnitude of the challenge, it helps to know that Brazil is about the same size as the United States and with almost two-thirds the population. It was an extraordinary challenge for 12 residents to cover such as vast country. However, we were committed and had a nationwide presence beyond most programs of its size. Our cohort was constantly traveling throughout the vast country to help as much as possible. Fortunately, after many years, we now have more than 950 epidemiologists that have graduated from the FETP. Brazil now has capacity to support the different levels of epidemiology training around the country, and to provide local health departments with basic training in surveillance, which expands our epidemiologic footprint. 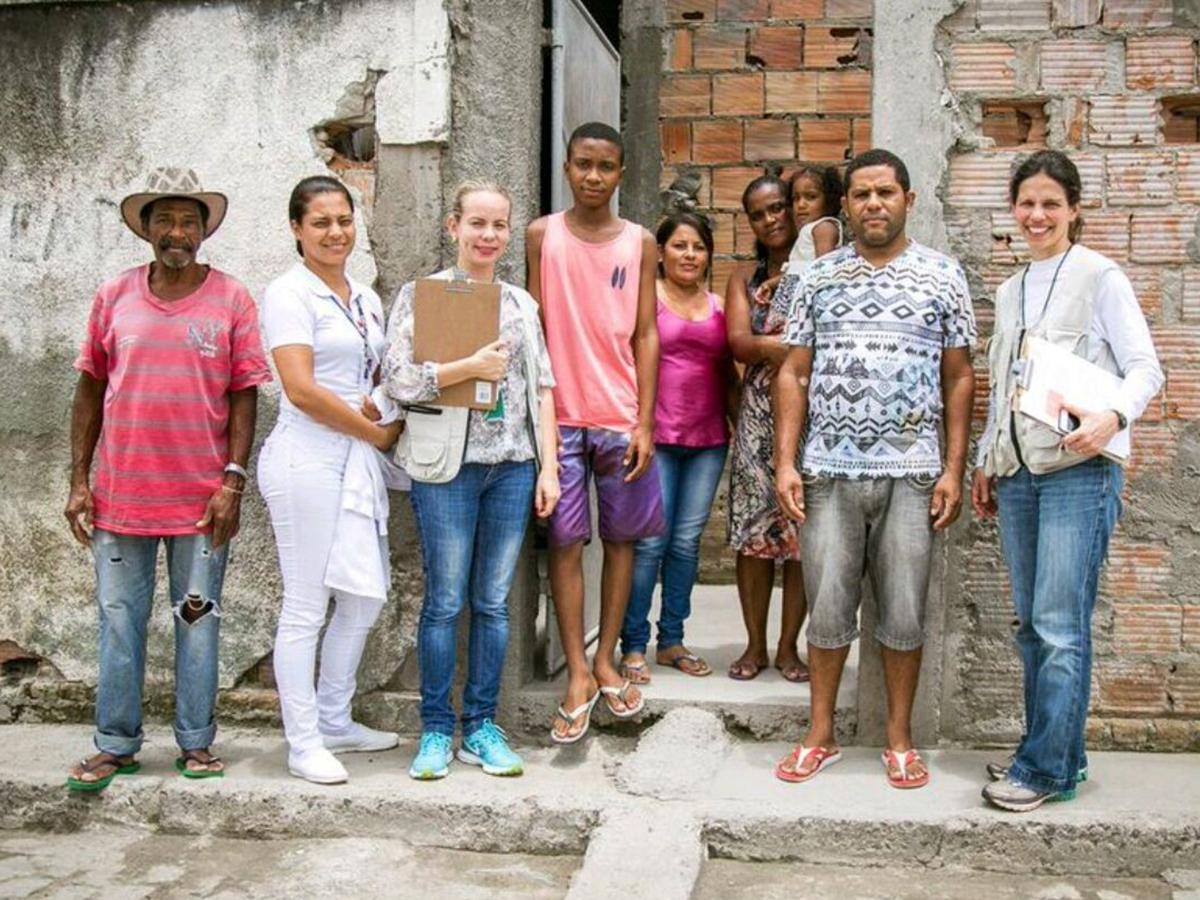 For the last 20 years, residents have been on the front lines of most major public health crises in Brazil, including H1N1 in 2009, Zika in 2016, Yellow Fever in 2018–2019, and currently COVID-19. Residents have been involved in surveillance activities during mass gathering events like the 2014 World Cup and the 2016 Summer Olympics in Rio de Janiero. Graduates have also played key roles in preparedness, response, and the modernization of the surveillance and information systems.

Many FETP graduates are now public health leaders in Brazil and other countries at the national level, while others returned back to the state or local level. One of the program’s graduates, Wanderson Oliveira, was the head of the Secretariat of Health Surveillance until recently. Graduates have contributed to workforce development around the country, and many of them work in universities, encouraging young students to pursue careers in public health and applied epidemiology. My involvement with the program has been significant and satisfying. I have helped select new FETP cohorts, taught introductory and intensive FETP courses, and conducted performance evaluations for each resident. I have also mentored and supervised the residents during outbreak investigations, surveillance evaluations, and long-term studies.

The work of an FETP resident is hard, yet fulfilling. I thoroughly enjoyed using my training to meticulously unravel intricate details to solve a mystery. As a resident, I was provided an opportunity to build long lasting relationships and receive excellent mentorship. Twenty years later, I am still collaborating with my FETP mentor. The program also provided me with tremendous learning opportunities and allowed me to interact with the public health community in Brazil and around the world through the Training Programs in Epidemiology and Public Health Interventions Network (TEPHINET). The practical field experiences associated with my FETP training has always helped me when I was looking for new opportunities in my career.

FETP has been a central part of my career and professional development. Looking back, I realize how much I enjoyed deploying to faraway places or to places within the city that can only be accessed when accompanied by a community health care worker who has the trust of the community. Going door-to-door to find a patient in need of care, being welcomed into their homes, and talking to them was, and is, always a humbling experience. Without FETP, my career path and life would have been vastly different.