Developing New Strategies to Prevent the Spread of HIV 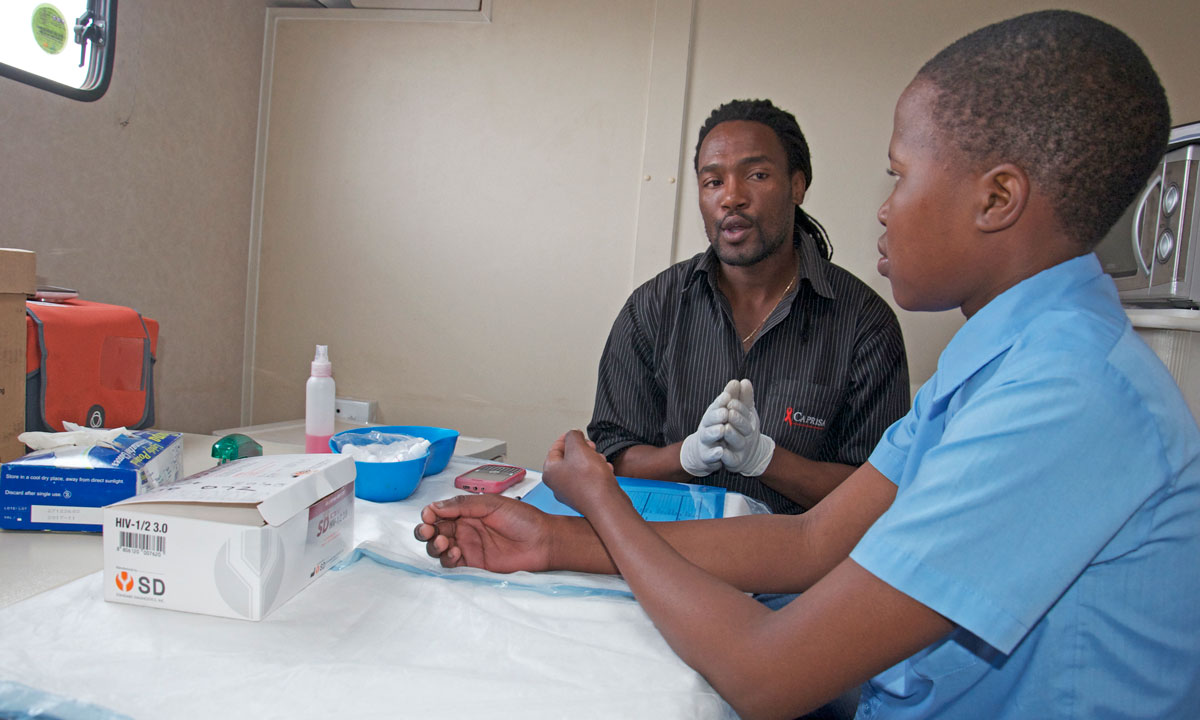 South Africa’s HIV epidemic is generalized among the population, but a subset of groups is at particularly higher risk for HIV transmission. The Human Sciences Research Council (HSRC) defines most-at-risk key populations those groups that have higher than average HIV prevalence when compared to the general population. At-risk populations are among the most marginalized and most likely to be stigmatized. In addition, resources and national HIV-prevention campaigns are not necessarily geared to their specific HIV prevention, treatment and care needs. The definition of key populations, however, varies from country to country, and in South Africa, the HSRC defines key populations as:

These groups are more vulnerable to HIV infection due to a variety of factors such as: more frequent exposure to the virus, involvement in risky behaviors, potentially weak family and social support systems, marginalization, lack of resources, and inadequate access to health-care services.

The U.S. Centers for Disease Control and Prevention in South Africa (CDC South Africa), through its Global AIDS Program (GAP), is working to develop, support, and strengthen HIV prevention and treatment interventions aimed at these most at-risk key populations. CDC South Africa is conducting a systematic review of activities targeting key populations, including MSM, Recent data from three studies presented at the 4th South African AIDS conference show HIV prevalence rates among MSM ranging from 12.6% to 47.2%.

The NDOH has called for a concerted effort to provide comprehensive prevention services to this hard to reach target population. Key populations are a relatively new focus area under the U.S. President’s Emergency Plan for AIDS Relief (PEPFAR), through which GAP initiatives are implemented. Future prevention efforts will place more emphasis on key risk populations and drivers of the epidemic. CDC South Africa’s priorities for the prevention of HIV transmission among key populations include:

Crucial to the success of HIV prevention strategies targeting key populations will be effective mapping of service coverage and coverage gaps, attention to sustainability, and improvement of surveillance and epidemiological data for key populations. Many of these populations remain hidden and can be difficult to reach. Researchers are considering respondent-driven sampling methodology, in which members of the at-risk population refer their peers for participation in the survey.

CDC South Africa hopes to expand its partnerships in prevention, particularly in the area of key populations. In the meantime, efforts will be focused on taking stock of key populations’ quality of, access to, and barriers to services; identifying coverage gaps; and addressing issues of stigma. In addition, CDC South Africa will continue to partner with the South African National Department of Health in support of activities targeting high-risk populations. The goal is to provide a comprehensive package of prevention services that includes peer outreach and education, condom promotion and distribution, counseling and testing, sexually transmitted infection screening and treatment, referral to substance abuse and treatment services, and referral to treatment for people living with HIV and AIDS.