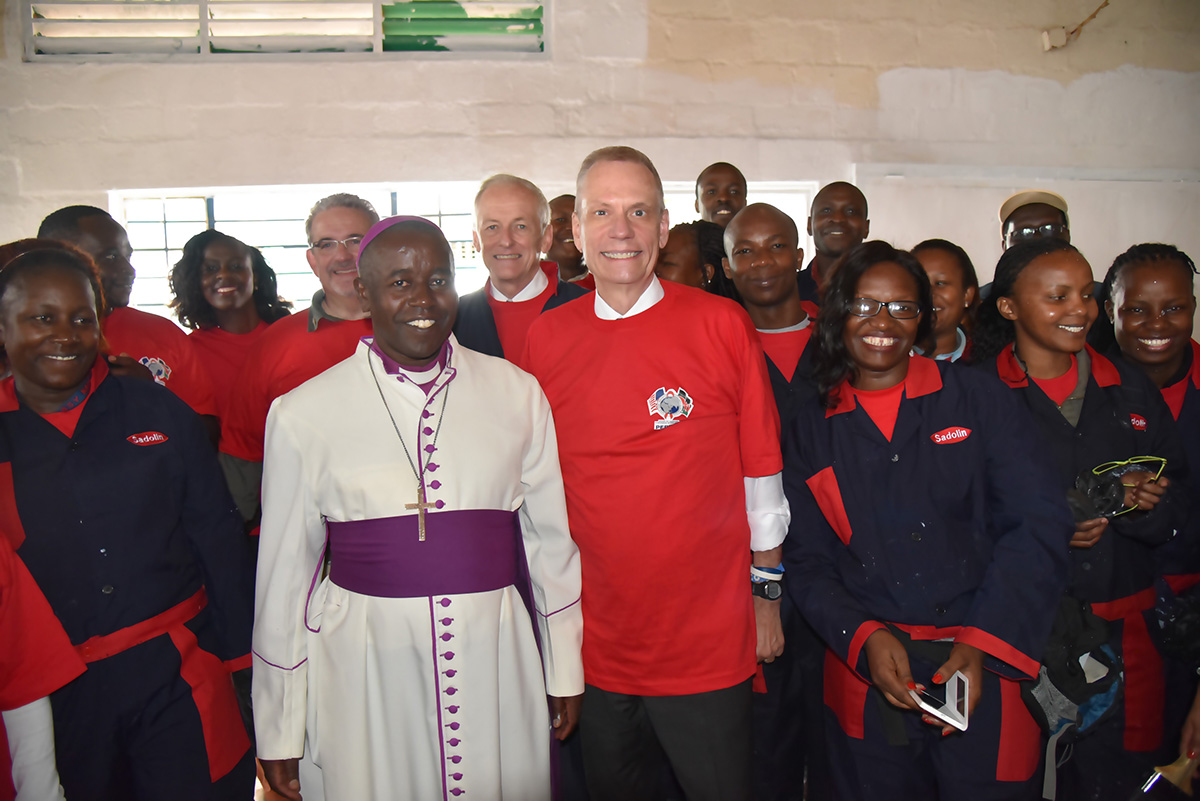 The U.S. Ambassador to Kenya, Robert Godec, the Deputy Chief of Mission, Paul Sutphin, and CDC Kenya Director, Kevin De Cock, worked alongside staff from throughout the U.S. Mission to paint the social hall at the St. Johns Community Centre in Pumwani as part of the World AIDS Day Pre-Event. 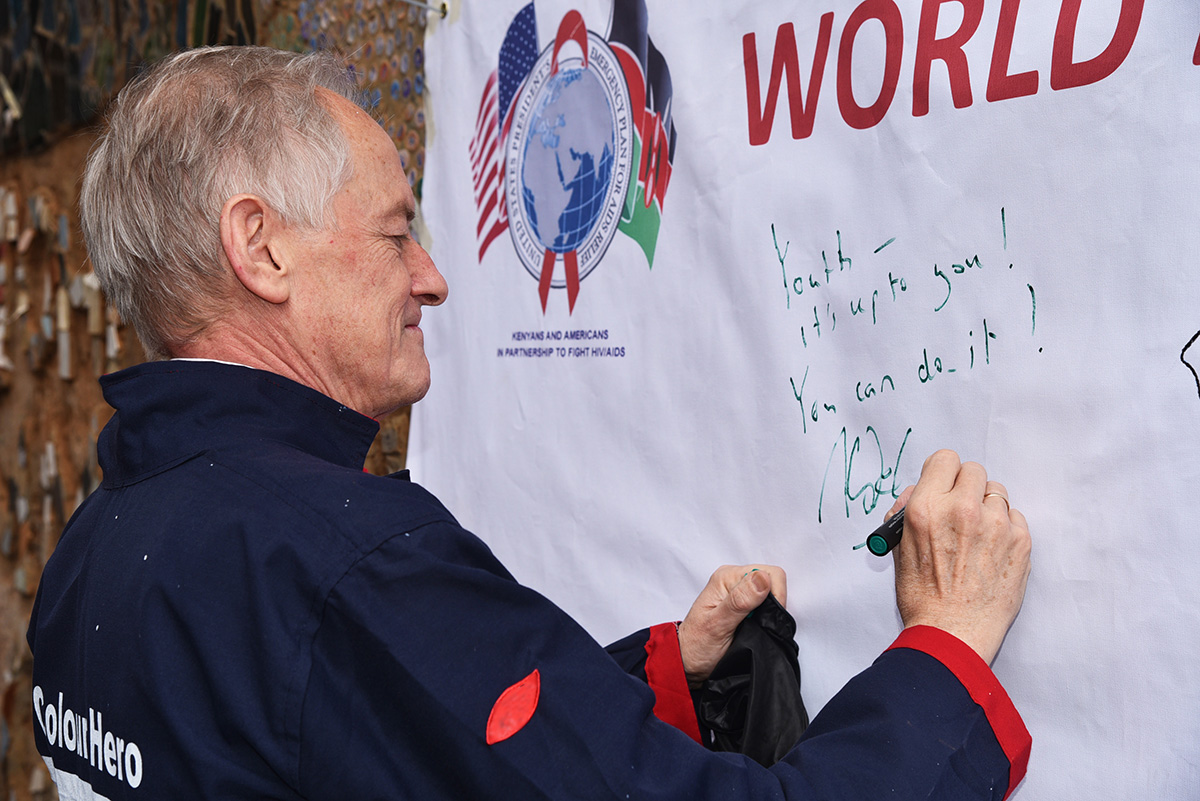 CDC Country Director, Kevin De Cock, leaves an inspirational message for the youth of Pumwani, Youth - It's up to you! You can do it! 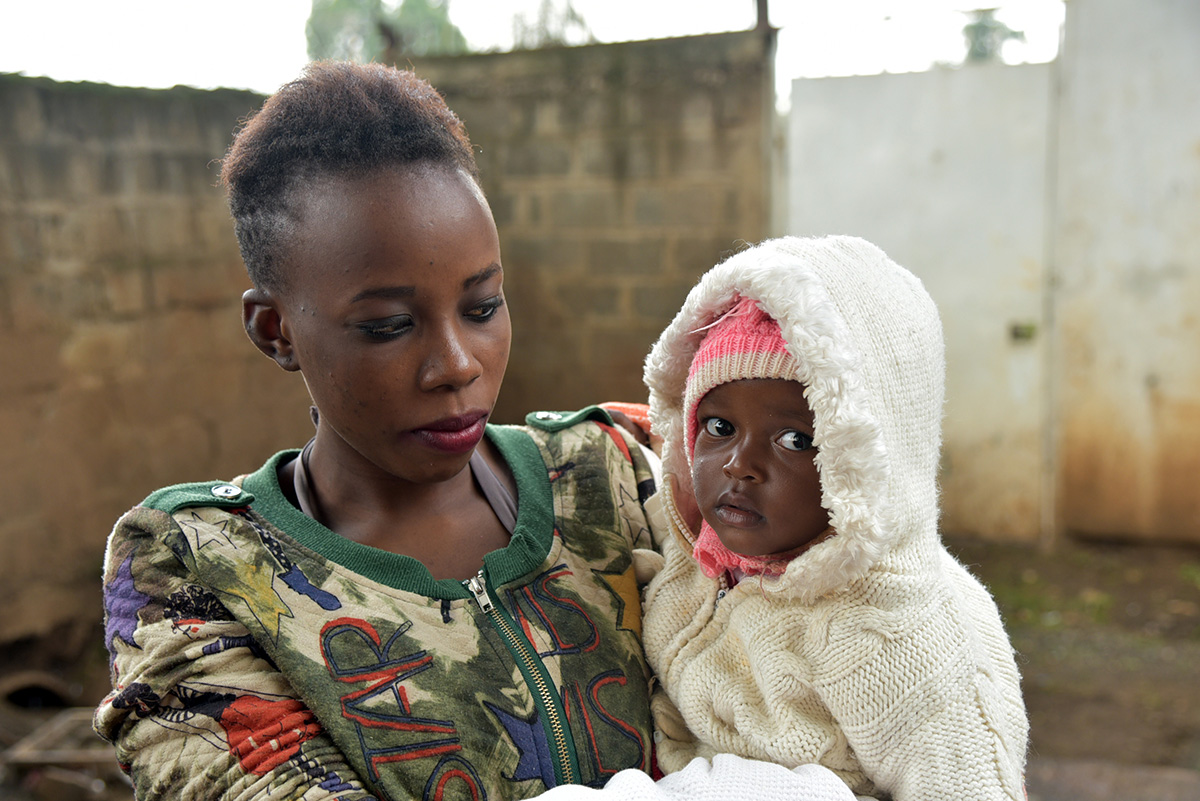 Woman with her young child in Pumwani, Kenya. She participated in the U.S. Mission World AIDS Day Pre-Event which provided specific focus on reducing transmission of HIV in young women through the DREAMS Initiative

LEADERSHIP. Leadership was strongly demonstrated in Nairobi, Kenya on November 29th, 2016, when implementing partners came together to lead the planning and coordination efforts of the World AIDS Day Pre-event at the St. Johns Community Centre in Pumwani. Global Communities, Christian Health Association of Kenya, Hope Worldwide of Kenya, LVCT Health and Afya Jijini, all implementing partners funded through the U.S. President’s Emergency Plan for AIDS Relief (PEPFAR) quickly came together and leveraged their strengths, networks and resources to increase community awareness on the rise of new HIV infections among young girls and young adults in observance of World AIDS Day 2016.

COMMITMENT. Three U.S. government agencies—the U.S. State Department through its PEPFAR Coordinating Office, U.S. Agency for International Development, and the Centers for Disease and Control and Prevention in Kenya—also further demonstrated their commitment to improving health and saving lives in Kenya, by orchestrating and facilitating many aspects of the event. Specifically, the U.S. mission in Kenya was represented by more than 40 employees who volunteered at the World AIDS Day Pre-event by planting vegetables, painting the social hall, or serving as motivational speakers to an attentive audience of adolescents and young adults.  The Kenya DREAMS (Determined, Resilient, Empowered, AIDS-free, and Safe) Initiative was also in full force with the presence of more than 200 adolescent girls and young women who took on various roles throughout the day’s activities to showcase their collective commitment to taking ownership over their health and future. Other activities of the event included vocal performances from youth, testimonial from an HIV positive young woman who continues to “live positively,” and remarks from dignitaries including U.S. Ambassador to Kenya Robert Godec.

IMPACT. This event both celebrated the importance of World AIDS Day and offered further evidence of the ongoing impact being made towards an AIDS-free generation in Kenya.

Leadership, commitment, and impact were not only the theme of World AIDS Day 2016 in Kenya, but also continue to be the key elements that drives U.S. government agencies and their implementing partners to strive towards ending the AIDS epidemic by 2030.