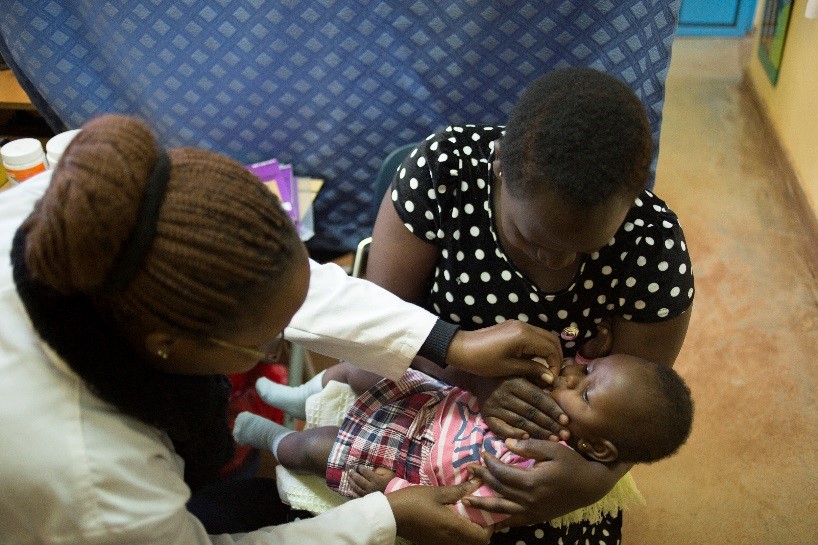 Unless you work in public health, it’s hard to grasp that almost all children who haven’t been vaccinated will have rotavirus before their 5th birthday.

Rotavirus is the most common cause of severe gastroenteritis among children worldwide. It’s spread by person-to-person contact and is prevalent in every country. It’s a nasty disease that causes diarrhea, which is often accompanied by fever, vomiting, and stomach pain. It can lead to dehydration, and, in severe cases, death.

WHO estimated in 2010 that approximately 528,000 children die every year from rotavirus-related illness, with most deaths occurring in sub-Saharan Africa and Asia. It’s a leading cause of diarrhea and deaths in low- and middle-income countries where sanitation is poor, and food and water are often in short supply.

The rotavirus vaccine was introduced in the routine infant immunization program in Kenya in July 2014. In 2015 CDC and the Kenya Medical Research Institute (KEMRI) participated in two studies to examine the impact and effectiveness of the vaccine. The Vaccine Impact on Diarrhea study, led by the University of Maryland-Baltimore with support from the Bill and Melina Gates Foundation, is being conducted in three countries – Kenya, Mali, and Gambia. Another study, coordinated by Emory University and supported by CDC-Kenya, the Rotavirus Immunization Program Evaluation in Kenya, the Global Alliance for Vaccine Immunization (GAVI), Walter Reed Army Institute of Research, and KEMRI-Wellcome Trust, is collaborating and synthesizing date from ongoing rotavirus surveillance systems. Both projects are expected to run through 2017 and will provide important information about the benefits of rotavirus vaccine in the real-world context in Kenya and sub-Saharan Africa. Decreased deaths and illness for children under 5 from rotavirus diarrhea are primary goals of the vaccine.

Rotavirus vaccines have already been available in high-income countries since 2006. In 2009 WHO recommended that rotavirus vaccine be included in every country’s national immunization program. However, introducing any new vaccine is a major investment. Costs, including the vaccine, training of healthcare workers, and cold-chain storage, have been very important factors in the vaccine’s use in low- and middle-income countries. 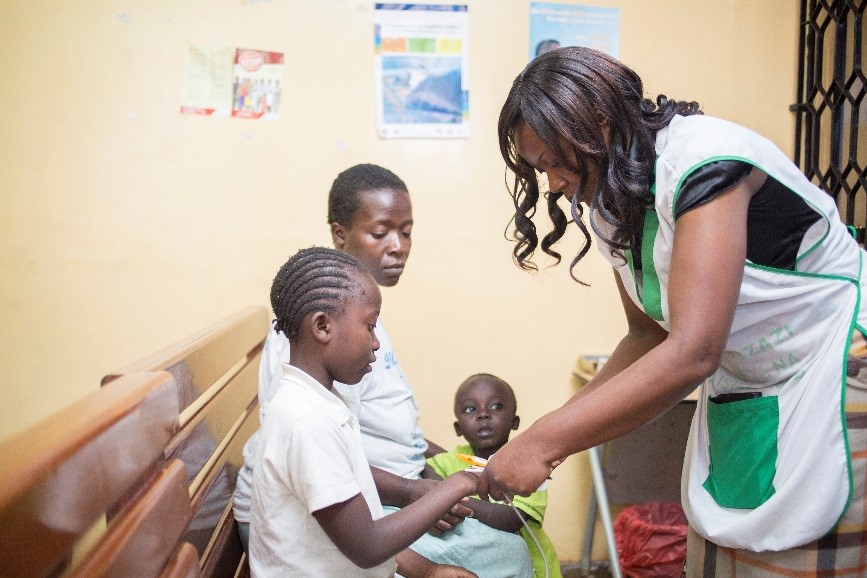 When GAVI supported introducing the rotavirus vaccine in Kenya, its vision was that Kenya would receive financial support from them until the country could manage most of the cost of the vaccine itself. The data from CDC surveillance is a crucial tool used to measure the real-world effectiveness of the vaccine so that Kenya and other countries can see its results before investing their money into the project.

This decision of the economic cost of vaccine compared to the physical cost in terms of illness and death is a difficult one for any country. Having strong and verifiable data about a vaccine’s effectiveness in other countries, as well as complete information of the costs associated with starting and continuing a vaccine program, are critical in a country’s assessment and decision.

The population-based surveillance at the sites in Kenya, Mali, and Gambia will provide a nationwide assessment of all causes of rotavirus and diarrhea. That will make it possible to determine vaccine coverage and effectiveness. Vaccines are more effective against some strains of rotavirus than others, which is why the real-world data from the surveillance sites is so crucial.

A Phase II study of children under 5 in many sites throughout Africa showed that rotavirus was the leading case of diarrhea. The impact of diarrhea mortality have been determined through verbal autopsies – information obtained from relatives.

Rotavirus vaccine has been well-received in Kenya. Parents and local leaders have enthusiastically supported including it in routine childhood vaccinations. The next goal for the Kenya Ministry of Health is to ensure that this support is sustained through using data showing reduced illness and death from rotavirus. Being able to provide data from other countries showing that the vaccine is effective also helps convince local officials to support the vaccination effort. The data also show that the vaccine is cost-effective when compared to the costs of illness, hospitalization, and death from rotavirus.

As a result of the unsung and often-times unseen efforts of CDC, its global partners, and country leaders, this devastating disease and its physical and economic burdens can be reduced in Kenya.