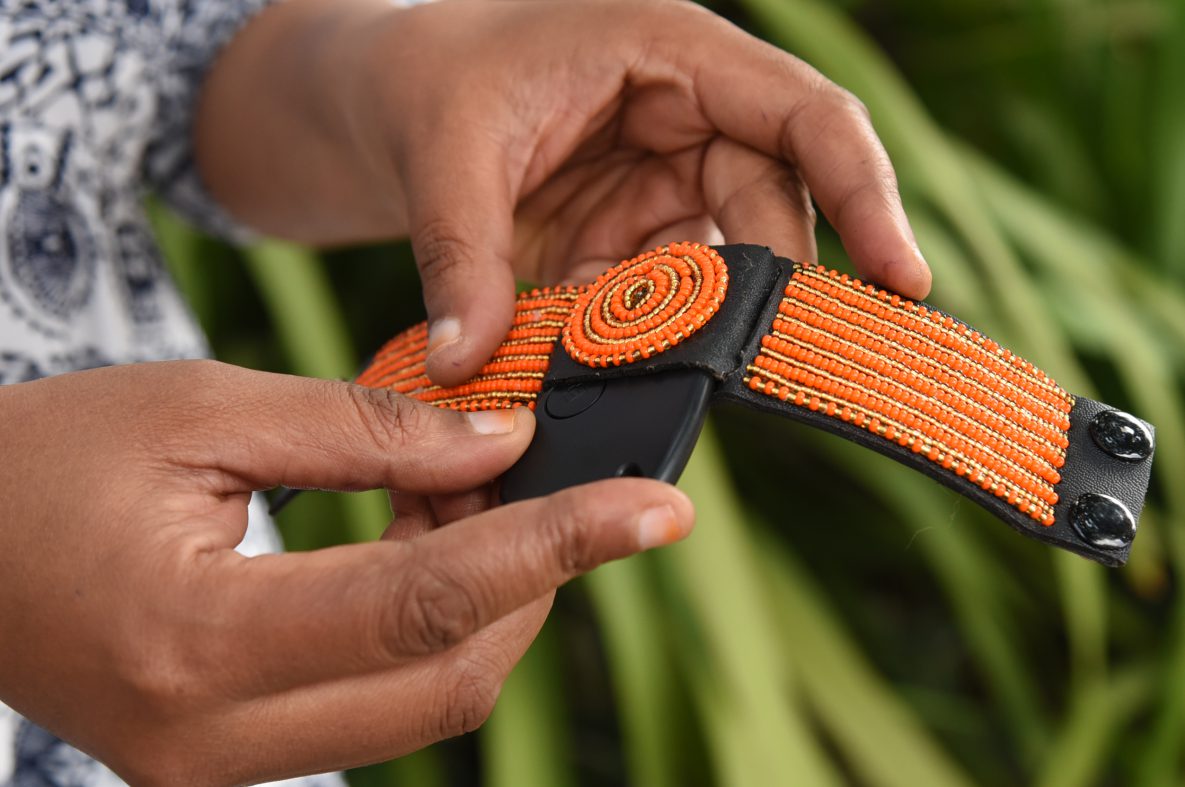 Caption Example of the GPS device used to track expectant mothers and ensure they seek health care for themselves and their infants. Photo: Justin Williams

In 2017, Dahabo Adi Galgalo, a second year resident of the Kenya Field Epidemiology and Laboratory Training Program (FELTP) won a $100,000 Innovation Award from the Alliance for Accelerating Excellence in Science in Africa (AESA). The award, supported by the Bill and Melinda Gates Foundation, was for the design of a wearable global positioning system (GPS) device to track expectant mothers and ensure they seek health care for themselves and their infants. The goal of the project was to decrease maternal and infant deaths among pastoralists on the Kenya-Ethiopia border.

Born into a pastoralist family, Dahabo Adi Galgalo, always wanted to improve the health of families in the Kenya-Ethiopia border whose livelihoods depend on raising and selling livestock. “The area of the pastoral community is so vast. The hospitals and health workers are very few. In fact, Marsabit County is among the top counties in Kenya in maternal and infant death,” she explained.

A contributing factor to the high mortality, Dahabo believes, is a lack of antenatal care for pregnant women. Antenatal care clinics are few and far between in Marsabit County, andpregnant women have to travel long distances to reach existing facilities.

Dahabo is currently enrolled in the two-year FELTP advanced level program, which results in a Master’s Degree from Moi University upon completion. Prior to this, she was a graduate of the three month FELTP “Frontline” program and also completed the FELTP six month Intermediate course. In 2015, Dahabo led a study that followed mothers who gave birth at a regional hospital. Of the 1,042 mothers who delivered during the one-year period, 116 lost their babies during delivery. Of those women, 40% had never visited an antenatal care clinic. Those who did visit clinics often traveled between 50 and 80 kilometers.

“That is when I had the idea of going mobile,” Dahabo said.

As part of the study, expectant mothers received the device to help health care workers track them, send reminders on proper antenatal care, and arrange visits to a doctor or healthcare volunteer. The solar-powered device — which Dahabo helped design — is the size of a coin, and designed to be worn on a bracelet.

“With this, we can track the expectant mothers wherever they are and provide advice and treatment,” she said.

Centered at the Moyale Regional Hospital, the program aims to cover the majority of Marsabit County and reach 200 expectant mothers over an initial period of two years. Program staff will follow expectant mothers for nine months and follow their children through their full immunization cycle. 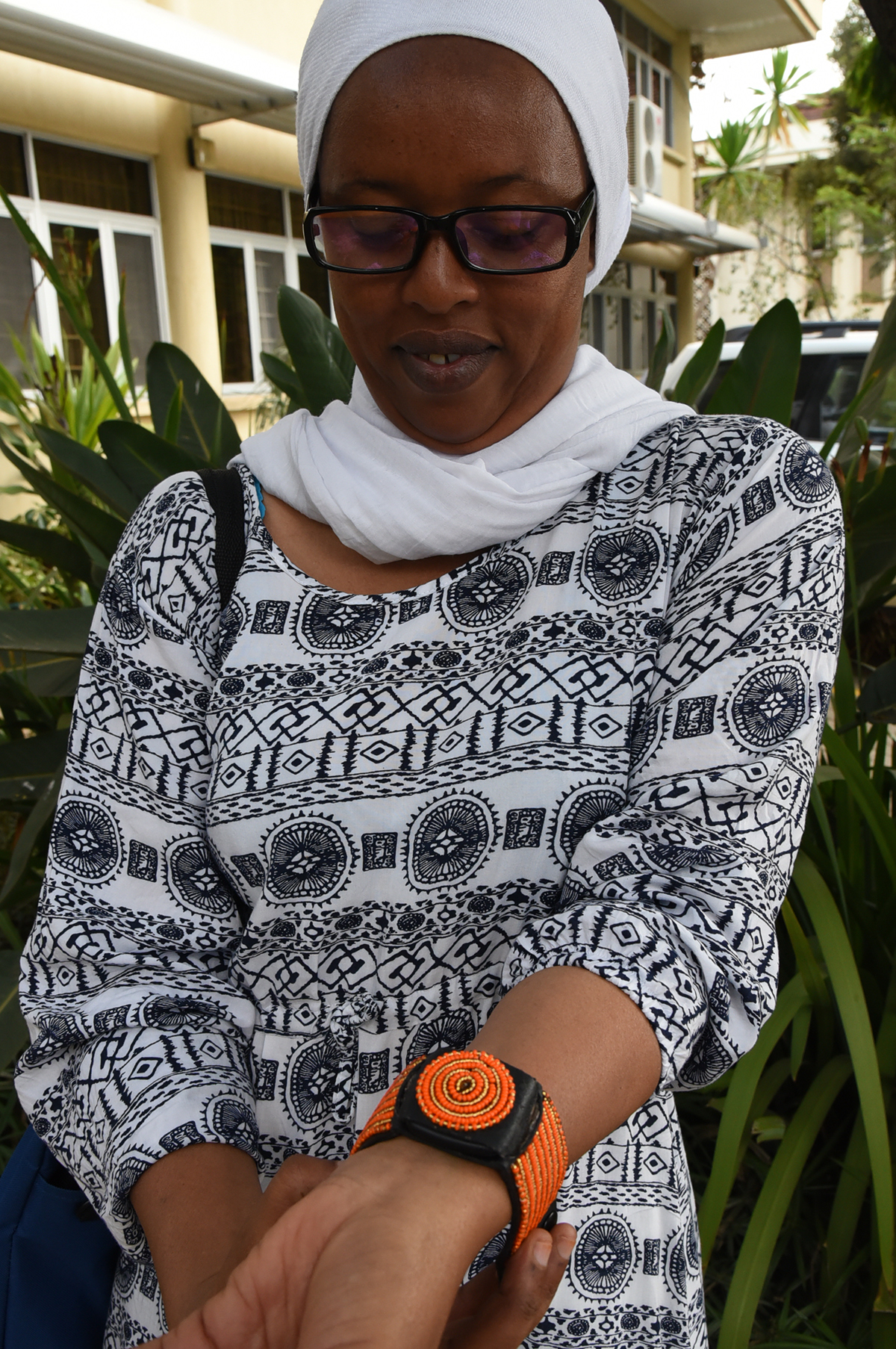