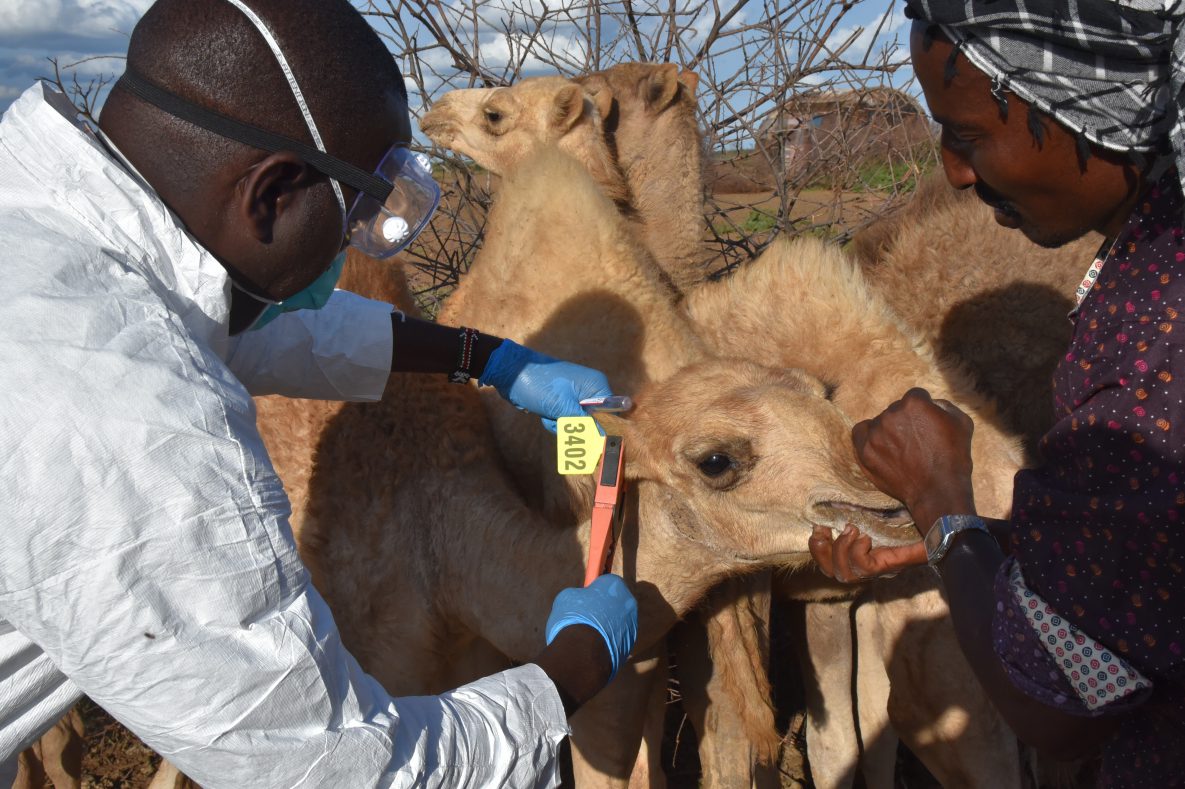 Given the recent experiences of rapidly spreading global outbreaks across borders and continents, an effective surveillance system for zoonotic diseases, which account for 60% of emerging diseases, must quickly detect and report disease events in human and animal populations to trigger timely investigation and response. Examples of such diseases include Rift Valley Fever, Middle East Respiratory Syndrome (MERS), rabies, brucellosis and highly pathogenic influenza. The animal health surveillance system in Kenya lacks a tool for real-time disease reporting. To address this, CDC Kenya in collaboration with the Kenya Directorate of Veterinary Services and the Kenya Wildlife Service, through the Global Health Security Agenda, launched the Kenya Livestock and Wildlife Syndromic Surveillance (KLWSS) system — a near real-time electronic surveillance and reporting system developed by Washington State University (WSU). In this system, field surveillance officers submit data via a mobile application and the data are made available to county and national authorities through a central server. Data collected by the application, called the Kenya Animal Biosurveillance System (KABS), are presented on a web-based dashboard with automated data analysis and feedback. KABS reports on nine syndromes (abortion, sudden death, hemorrhagic, neurologic, respiratory, gastro-intestinal, cutaneous, animal bites and oral/foot lesions) in seven livestock species (cattle, sheep, goats, chicken, camels, dogs, and cats) whereas the KABS-Wildlife form reports the same syndromes in five animal categories (herbivores, carnivores, avian, aquatic, and non-human primates). County surveillance officers including veterinarians and wildlife officers in Nakuru, Siaya, and Makueni counties were trained and downloaded the app.

In July 2017, following the launch of the new system, a Nakuru-based surveillance officer used KABS to report sudden animal deaths suspected to be anthrax — two cows died within a 100-meter radius, and a male adult buffalo was found dead at a nearby national park in an area where anthrax has been reported in the past. An outbreak investigation team was deployed to characterize the event epidemiologically, collect ecological data and advise public health officials on intervention measures. The case was later confirmed as anthrax. The team recommended that Nakuru County animal health officials continue to conduct routine vaccination of livestock and educate farmers on safe handling and disposal of dead animals to prevent human infection.

Eventually, KLWSS and the KABS application will be rolled out across Kenya and field surveillance officers and public health officials will have the right tools to prevent, detect and respond to animal diseases outbreaks at their source.