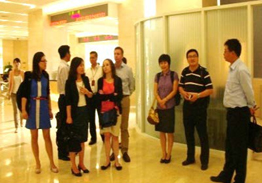 INFLUENZA IS ONE OF THE LEADING CAUSES OF ILLNESS AND DEATH IN CHILDREN, and young children play a key role in the spread of influenza in their families, schools, and communities. Influenza vaccine is the most effective method for prevention and control of the disease. WHO recommends that all children over six months of age should receive a seasonal influenza vaccination. China has endorsed the recommendation for children, and the use of seasonal influenza vaccines has increased. However, influenza vaccination is still not included in the national immunization program, the coverage rate among children is very low, and the vast majority of the Chinese population is not vaccinated annually.

POLICY MAKERS NEED TO UNDERSTAND THE BURDEN OF INFLUENZA on their population to set public health priorities and to help convince the general public and parents of the value of seasonal influenza vaccinations in China. Only a few nations have consistent estimates on influenza illness and death. China’s population of 1.3 billion people is the largest in the world. The nation had no reliable data on the burden of the disease until 2007 when U.S. CDC in China supported its partners in China CDC in conducting a series of studies. The partners collected and analyzed data from eight large cities and a database of national estimates. This project helped develop methods to estimate influenza-related excess deaths in China. China was then able to provide this information to WHO. In 2012 WHO published influenza mortality data from China for the first time, making a significant contribution to global influenza burden estimates. 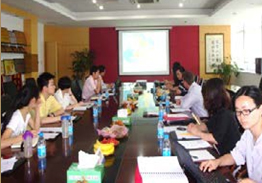 ECONOMIC BURDEN IS ANOTHER DRIVING FORCE behind influenza-related policy change. Solid evidence for policymaking such as disease burden data and vaccine effectiveness in children was lacking in China. In response to this need, U.S. CDC in China, in cooperation with China CDC, Suzhou CDC, Suzhou Children’s Hospital, and Fudan University, conducted enhanced influenza surveillance in the hospital in 2011. The study analyzed data from outpatient and inpatient services as well as from health utilization and medical resource distribution surveys to estimate the disease burden of influenza in Suzhou. The project estimated disease and economic burden among children under five years old.

DISCOVERING CHINA’S INFLUENZA DISEASE AND ECONOMIC BURDEN will help China’s leaders make informed decisions to better protect the health of their population through interventions such as vaccinations while providing a clearer picture of the global burden of influenza.