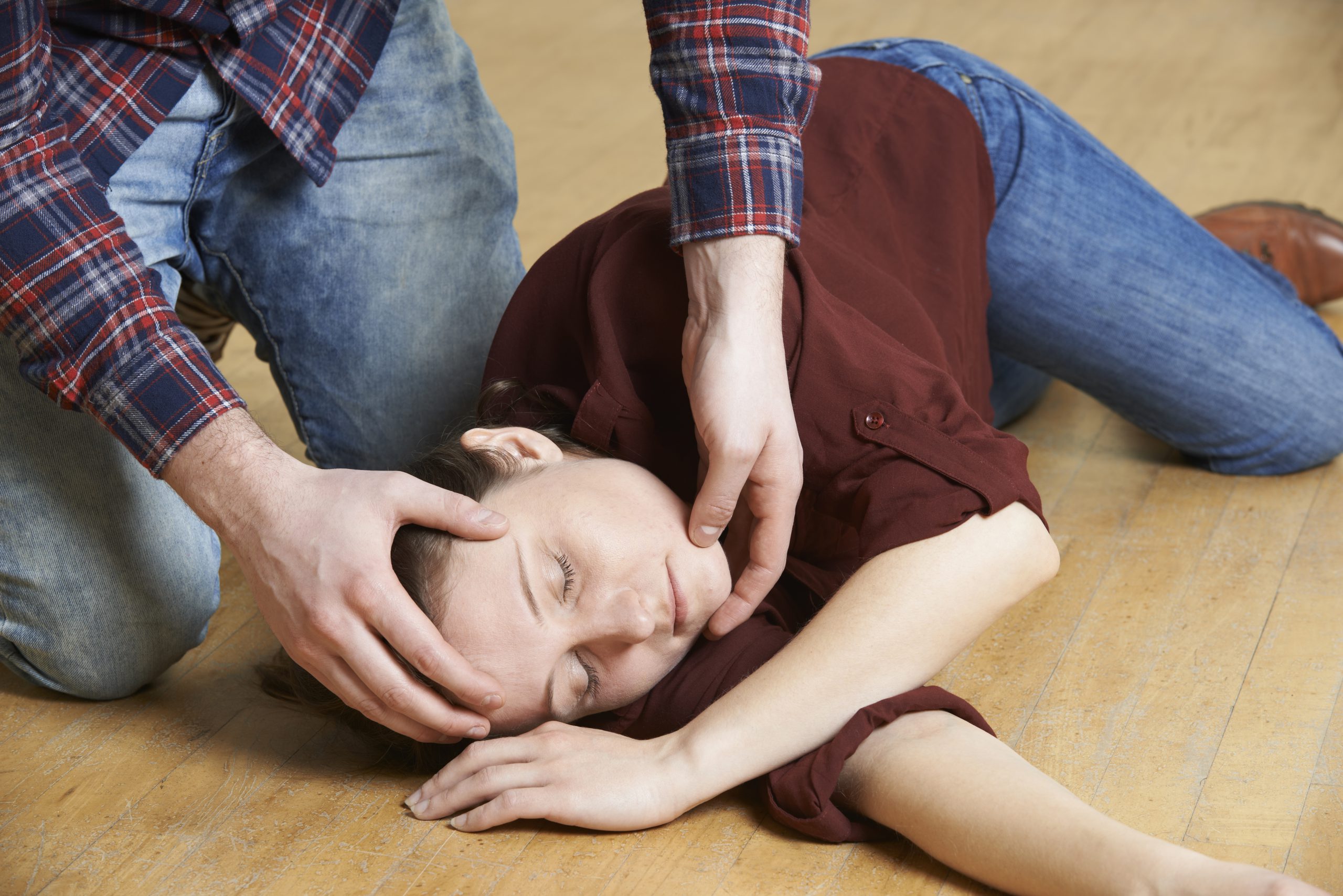 Seizures are a common symptom of many health conditions, including epilepsy. An estimated 1 in 10 people will have at least one seizure over the course of their lifetime. Although not everyone who experiences a seizure gets diagnosed with epilepsy, epilepsy is the most common cause of recurring seizures.

A seizure is broadly defined as a brief change in normal brain activity that results in changes in awareness, behaviors, or sensations. Seizures can look different depending on where the seizure starts in the brain.

“When most people think of seizures, they think of people having convulsions, falling to the ground, their eyes rolling back—what we now call a generalized seizure, but commonly known as a ‘grand mal’ seizure,” said LaQueisa Haynes-Smith, senior director of training and education at the Epilepsy Foundation. But that’s just the most recognizable type of seizure, and for many people the most frightening.

“The reality is that many seizures go unnoticed or get mistaken for something else,” said Vicki Kopplin, former mission outcomes team field director of the Epilepsy Foundation. “You could be conscious and aware that you’re having a seizure, but others might not notice. You could be conscious and unaware of it; or you could be unconscious—and how a person responds to the seizure would depend on all of those things.”

Then there are the various misconceptions surrounding seizure first aid—such as thinking one must insert an object like a spoon or a wallet into the person’s mouth. “That’s wrong; we don’t want them to do that,” says Kopplin. “It’s impossible to swallow your tongue and you can actually do much more harm than good by shoving something in someone’s mouth during a seizure.” The same can be said for restraining a person. “People often think they should try to stop someone from thrashing during a seizure,” she said, “and that too can be very harmful.”

These and other myths and misconceptions have persisted in part, they say, because comprehensive seizure recognition and first aid certification training has not been easily accessible to the public. 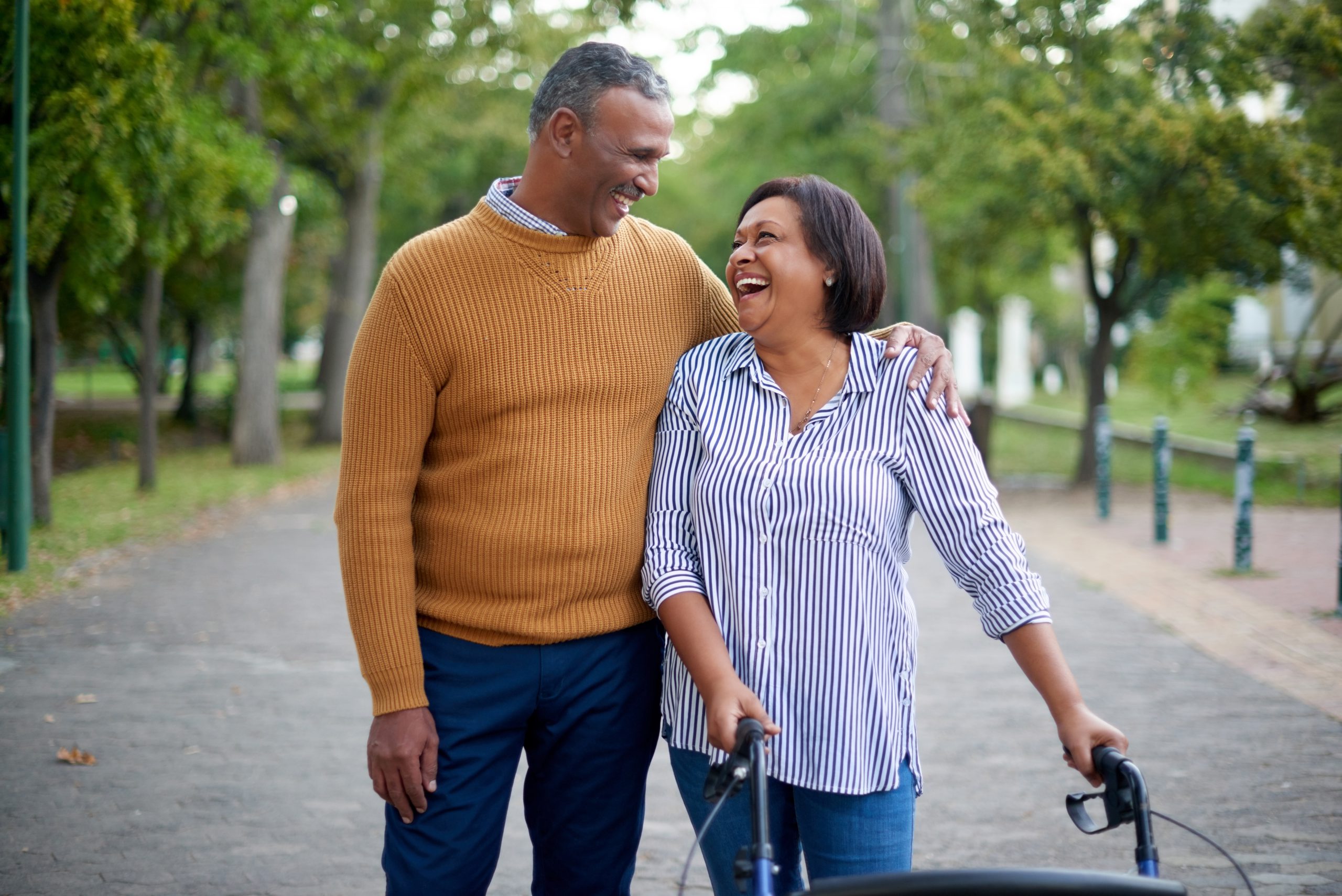 For years, staff and stakeholders of the Epilepsy Foundation, the nation’s largest service and advocacy organization for people living with epilepsy, had talked about the need for a standardized training program in seizure first aid. “So that anyone in the country could learn lifesaving skills and become certified,” said Haynes-Smith.

Using funding from the CDC, the Epilepsy Foundation hired Haynes-Smith to develop a course in collaboration with Patty Osborne Shafer, an epilepsy nurse specialist and consultant to the foundation. Working with subject matter experts including the foundation’s professional advisory board, the two started by defining the learning objectives and determining what the goal of the course should be.

What they came up with was the first Seizure Recognition and First Aid Certification course in the nation.

The 75-minute, instructor-led webinar covers everything from the basics of epilepsy and seizures to the approved procedures for recognizing seizures and responding to someone having a seizure. Participants who complete the course and the online post-course assessment and evaluation receive a certification that is valid for 2 years.

“Certification really legitimized the training,” said Kopplin. Just as cardiopulmonary resuscitation is required of employees in many workplaces, she said, seizure first aid training should be as well. 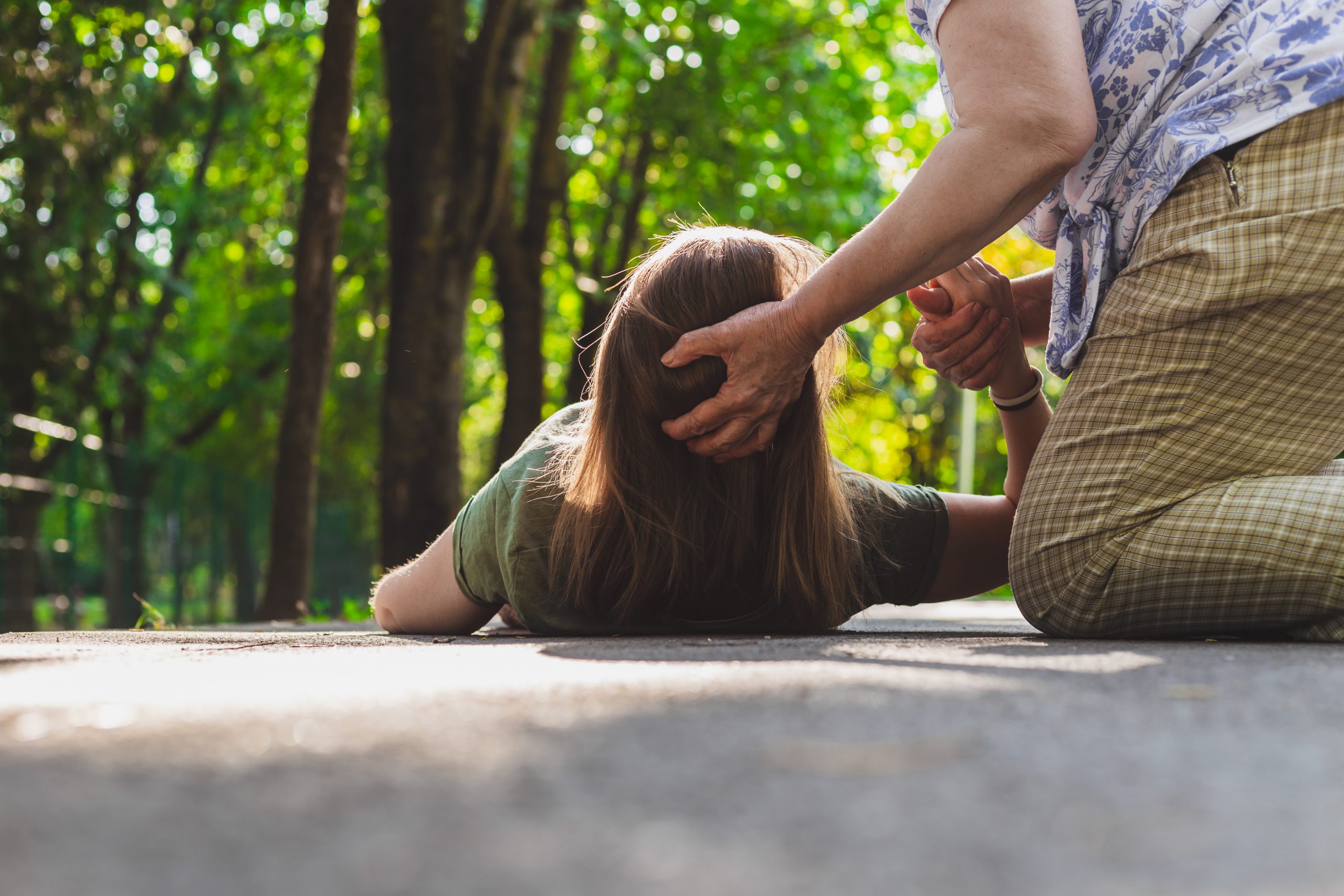 “Given how many people will have a seizure at some point in their life, it’s just shocking that this didn’t exist before.”

The course emphasizes the foundation’s three-word phrase to help people remember seizure first aid: Stay, Safe, Side. “A big part of the training is the way we’ve simplified the response,” said Haynes-Smith. “We promote the three S’s—three easy things you can do regardless of the type of seizure.”

The goal is to teach participants to provide general
care and comfort, which includes staying with the person until they are awake and alert (Stay); removing, or guiding them away from any dangerous objects or situations (e.g., stairwell, street) where they could be injured (Safe); and if they fall, turning the person onto their side, keeping their airway clear and loosening any tight clothing around their neck (Side).

Just as the foundation was preparing to launch the new course, cases of the novel coronavirus began spreading around the world. Having initially intended to deliver the course in-person in small groups, the foundation had to quickly pivot to Zoom. They worried at first that this might dampen interest in the new course, but it turned out to be the opposite; more than 14,500 people have become certified in seizure first aid by the Epilepsy Foundation in the past year alone. “I was thrilled with the popularity of the course,” said Kopplin. “We’ve had to up our capacity over and over again to accommodate the demand.”

Kopplin and colleagues say they’ve seen a wide variety of course participants, including a diverse group of medical professionals, thanks in large part to the work of partner organizations like the National Hispanic Medical Association and the foundation’s own Multicultural Outreach Program.

Although the course is designed for adults, Kopplin said “kids as young as 14 have taken it and passed.” And on at least one occasion, the information led to a new diagnosis of epilepsy, when a participant realized that her son had been having seizures for years. “It wasn’t until he had a generalized seizure that she put the pieces together.” 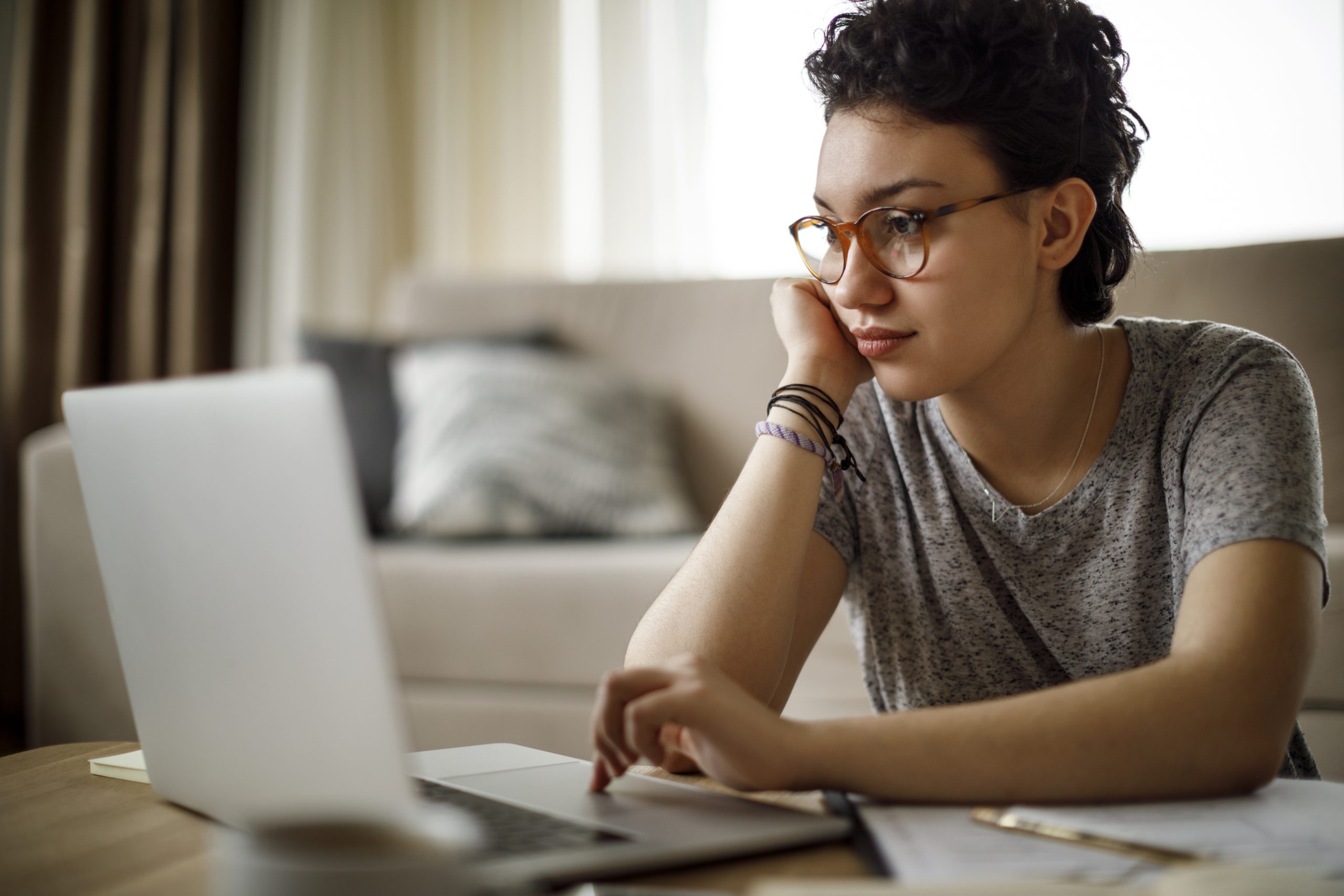 Though currently delivered as an instructor-led webinar, the Epilepsy Foundation is working on an on-demand Seizure Recognition and First Aid Certification course that will be offered in an interactive e-learning format. “This will broaden our reach and make the certification more accessible because participants can access the training at any time via our new Epilepsy Learning Portal,” said Haynes-Smith. The foundation has also begun to pilot a Spanish-language version of the course. 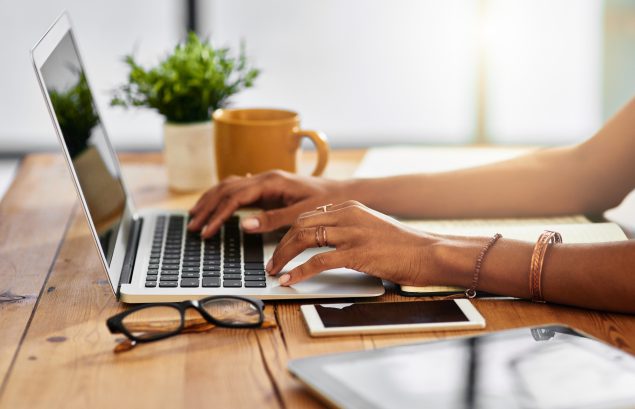 This program is supported by the Centers for Disease Control and Prevention (CDC) under cooperative agreement number 1NU58DP006256-04-00, CFDA 93.850, funded by CDC’s Division of Population Health.