CDC works to prevent cancer and improve the health of people with cancer. Each year in the United States, more than 1.6 million people are diagnosed with cancer, and nearly 600,000 die from it, making it the second leading cause of death. The cost of cancer care continues to rise and is expected to reach almost $174 billion by 2020. CDC is a leader in efforts to reduce preventable cancers and improve the health of cancer survivors. Several divisions within CDC’s National Center for Chronic Disease Prevention and Health Promotion work to reduce risk factors for preventable cancers, promote screening to catch cancer early, and collect data on all notifiable cancer cases in the United States.

Smoking and secondhand smoke cause about 90% of lung cancer deaths in the United States. Smoking also causes cancer of the voice box (larynx), mouth and throat, esophagus, urinary bladder, kidney, pancreas, cervix, colon, rectum, liver, and stomach, as well as a type of blood cancer called acute myeloid leukemia. About 34 million US adults smoke cigarettes, and every day, about 1,600 young people under age 18 try their first cigarette.

CDC’s Office on Smoking and Health is at the forefront of the nation’s efforts to reduce deaths and prevent chronic diseases, including cancer, that result from smoking. CDC and its partners promote efforts to prevent young people from starting to smoke, create smokefree worksites and public spaces, help smokers quit, and reduce health disparities for groups with higher rates of chronic diseases caused by smoking.

CDC’s Tips From Former Smokers® (Tips®) campaign, the first federally funded tobacco education campaign, focuses on motivating US adults who smoke to try to quit. Tips features real people—not actors—who are living with serious health conditions caused by smoking and secondhand smoke exposure. It connects people who smoke with resources to help them quit, including 1-800-QUIT-NOW, which directs people to free services from their state quitlines.

Exposure to Sun and Tanning Beds

Skin cancer is the most common cancer in the United States. Most cases of melanoma, the deadliest kind of skin cancer, are caused by exposure to ultraviolet (UV) light from the sun or tanning beds. Although use of sun protection has increased slightly in recent years, sunburn is common in the United States, with about one-third of adults and over half of high school students getting sunburned each year. are diagnosed with cancer each year. die of cancer
each year. 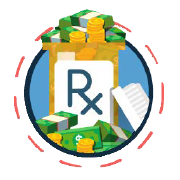 Overweight and obesity are associated with at least 13 types of cancer, including endometrial (uterine) cancer, breast cancer in postmenopausal women, and colorectal cancer. These forms of cancer make up 40% of all cancers diagnosed. In the United States, 40% of adults have obesity, and 72% are overweight or have obesity.

CDC’s Division of Nutrition, Physical Activity, and Obesity develops and shares evidence-based approaches that help make healthy living easier for everyone, which can help people reduce their risk of cancer. To promote good nutrition, the division works with hospitals to support breastfeeding moms, child care centers to adopt healthy eating standards, and workplaces to change policies so that employees have more healthy food choices. To increase physical activity opportunities, the division partners with state and local governments to promote improvements in community design, such as sidewalks and parks, that make physical activity safer and more convenient for people of all ages and abilities. CDC’s Alcohol Program works to strengthen the scientific foundation for preventing excessive alcohol use, which is a risk factor for cancer. The program developed the Alcohol-Related Disease Impact (ARDI) application, which allows users to  estimate deaths and years of potential life lost from excessive alcohol use. The program also funds and guides scientists in some states to study excessive drinking so that state leaders have the information they need to change policies and environments to prevent this key health risk. Human papillomavirus (HPV) causes most cervical cancers, as well as some cancers of the vagina, vulva, penis, anus, rectum, and oropharynx (cancers of the back of the throat, including the base of the tongue and tonsils). The HPV vaccine helps prevent most of these cancers and is most effective when given in two doses, about 6 to 12 months apart, starting at age 11 or 12. Nationwide, 60% of boys and girls have received at least one dose of the HPV vaccine. That means many preteen boys and girls have not been vaccinated against HPV, leaving them vulnerable to cancers caused by HPV infections. Getting recommended screening tests can help prevent colorectal and cervical cancers. Screening for adults at normal risk can also find breast, cervical, and colon cancers early, when treatment works best. However, screening rates for these cancers remain below national targets set by Healthy People 2020, the nation’s agenda for improving the health of all Americans.

DCPC runs the Colorectal Cancer Control Program, which funds 20 states, 8 universities, 2 tribal organizations, and 5 other organizations to increase colorectal cancer screening among men and women aged 50 or older. CDC’s National Breast and Cervical Cancer Early Detection Program funds programs in all 50 states, the District of Columbia, 6 US territories, and 13 American Indian/Alaska Native tribes or tribal organizations to provide access to breast and cervical cancer screening for low-income women with little or no health insurance. CDC also uses media campaigns to educate people about the importance of cancer screenings. For example, the Bring Your Brave campaign is designed to inspire women under age 45 to learn their risk of breast cancer and talk with their doctor about how to reduce it. The Inside Knowledge campaign raises awareness about gynecologic cancers. The Screen for Life: National Colorectal Cancer Action Campaign raises awareness about colorectal cancer screening.

To help Americans prevent cancer—or catch it early when possible—we need to know what cancers are being diagnosed, in what groups, and where. CDC’s National Program of Cancer Registries collects data for all notifiable cancer cases in the United States. The National Comprehensive Cancer Control Program funds states, territories, and tribes to use CDC surveillance data to learn more about the cancers and risk factors that affect their communities, create and follow plans to reduce cancer risk and improve cancer outcomes, and reduce disparities in rates of cancer and access to cancer care.