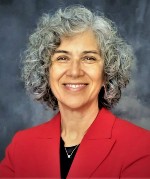 Dr. Karen Hacker, MD, MPH, is the Director of CDC’s National Center for Chronic Disease Prevention and Health Promotion (NCCDPHP), a position she assumed in August 2019. NCCDPHP has an annual budget of almost $1.3 billion and more than 1,000 staff members dedicated to preventing chronic diseases and promoting health across the life span.

Dr. Hacker leads an executive team that sets the strategic direction for the center’s portfolio, which focuses on:

From 2013 to 2019, Dr. Hacker served as Director of the Allegheny County Health Department in Pennsylvania, where she was responsible for 1.2 million residents in 130 municipalities, including Pittsburgh. Under her leadership, the Department achieved national public health accreditation in 2017. Dr. Hacker also launched the Live Well Allegheny initiative, aimed at reducing cigarette smoking, obesity, and physical inactivity.

As an expert in community-based participatory research (CBPR), Dr. Hacker served as the Director of the CBPR program of the Harvard Clinical and Translational Science Award Initiative (Harvard Catalyst). She wrote Community-Based Participatory Action Research, a widely used academic text, and taught a course on the topic at the Harvard T.H. Chan School of Public Health. As the Executive Director of the Institute for Community Health, she designed, led, and published on numerous community participatory health projects. She has published 67 peer-reviewed articles on a wide variety of topics, including adolescent health and school-based health centers, obesity, substance use, and health policy.