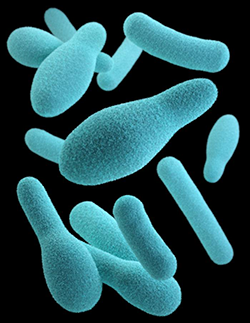 Botulism (“BOT-choo-liz-um”) is a rare but serious illness caused by a toxin that attacks the body’s nerves and causes difficulty breathing, muscle paralysis, and even death. This toxin is made by Clostridium botulinum and sometimes Clostridium butyricum and Clostridium baratii bacteria. These bacteria can produce the toxin in food, wounds, and the intestines of infants.

The bacteria that make botulinum toxin are found naturally in many places, but it’s rare for them to make people sick. These bacteria make spores, which act like protective coatings. Spores help the bacteria survive in the environment, even in extreme conditions. The spores usually do not cause people to become sick, even when they’re eaten. But under certain conditions, these spores can grow and make one of the most lethal toxins known. The conditions in which the spores can grow and make toxin are:

For example, improperly home-canned, preserved, or fermented foods can provide the right conditions for spores to grow and make botulinum toxin. When people eat these foods, they can become seriously ill, or even die, if they don’t get proper medical treatment quickly.

Next: Learn about the five kinds of botulism, including foodborne botulism >