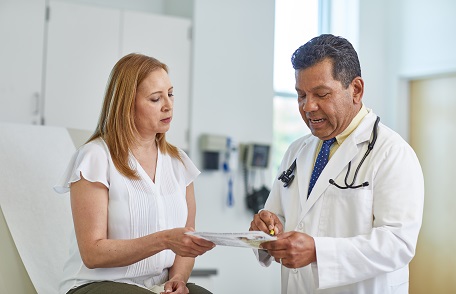 If you smoke, quitting is one of the best things you can do for your health.

Tiffany learned early in life that cigarettes cause premature death and disease: her mother died of smoking-related lung cancer when she was just 16.

Tiffany, a participant in CDC’s Tips From Former Smokers® (Tips) ad campaign, said that she felt alone and afraid during her mother’s illness. “And I felt it could have been prevented,” she said. Even so, Tiffany herself wasn’t able to quit smoking for good until her own daughter turned 16.

“I didn’t want my daughter to think, ‘Wow, my mother loves cigarette smoking more than she cares about me,’” she said.

A new report by the U.S. Surgeon General provides the latest science on what helps people like Tiffany quit smoking for good—and why quitting is so important. One of the most important actions people can take to improve their health is to quit smoking, no matter how old they are or how long they’ve been smoking.

Cigarette smoking is still the leading preventable cause of disease and death in the United States, killing almost half a million Americans every year. Smoking-related disease costs the nation more than $300 billion every year, and as Tiffany knows, hurts families as well. Luckily, the report highlights ways to quit that are backed up by science.

Counseling and medication are each effective by themselves, but when used together, they can more than double your chance of successfully quitting. There are many safe, proven medications—including five kinds of nicotine replacement therapy (NRT) and two non-NRT prescription medicines. Evidence in the report shows that combining long-acting NRT such as nicotine patches with short-acting NRT such as nicotine gum or lozenges can also raise your chances of quitting.

Nearly 70 percent of people who smoke cigarettes want to quit. Tiffany had tried before, each time learning something new about herself. However, when she finally succeeded in quitting, she did it by following the directions included with her nicotine patches, making sure to use them the right way. 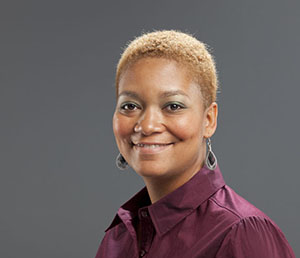 This report is the first Surgeon General’s report since 1990 to focus solely on the health benefits of quitting smoking.

Much more research is available about those benefits since the last Surgeon General’s report on quitting. The fact remains that if you smoke, quitting smoking entirely is still the best way to improve your current and future health:

The report makes it clear that pregnant women who quit smoking not only improve their own health, but also their newborns’ health. Cigarette smoking and secondhand smoke exposure make it more likely that women will have serious medical issues during pregnancy. Babies born to mothers who smoke are more likely to have lower birth weight and to die in the first year of life. If you are pregnant or planning to become pregnant, one of the best things you can do for yourself and your baby is to quit smoking.

Everyone Can Help Improve Health

Everyone, including employers and healthcare workers, can support people in quitting. Some strategies that the report shows motivate people to quit include:

Counseling and treatment from health care professionals such as doctors, nurses, and pharmacists also helps people quit. Even though more doctors are talking to their patients about quitting smoking, only about 60 percent of adults who smoke get quitting advice from healthcare professionals.

Finally, if you have a friend or loved one who wants to quit, you can help, too. Encourage them to talk to their doctor and direct them toward resources that can keep them on track in their quit journey.

Join the conversation and inform friends and relatives with shareable content.

More Help than Ever

Whether you want to quit smoking or want to help someone quit, you can find more resources today than ever before. You can find counseling in person or by phone. You can get most forms of NRT over the counter, though a prescription might be required for your insurance to cover them. Your doctor can prescribe other medications that help lower your desire to smoke and fight cravings. You can also get help by calling a quitline. Quitlines are a free, convenient, and confidential source of support and information.  There are smartphone apps and texting programs you can use to track your progress and carry support wherever you go.

Quitting smoking is not easy, but it is possible, especially when people who want to quit connect with proven, safe treatments.

Tiffany found her reason to start her journey to better health right in her own family. Wherever you find yours, let it guide you to all the available resources for quitting, and toward a healthier future.

Resources to Help You Quit