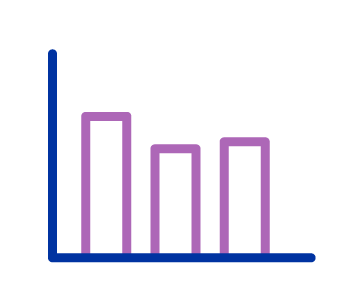 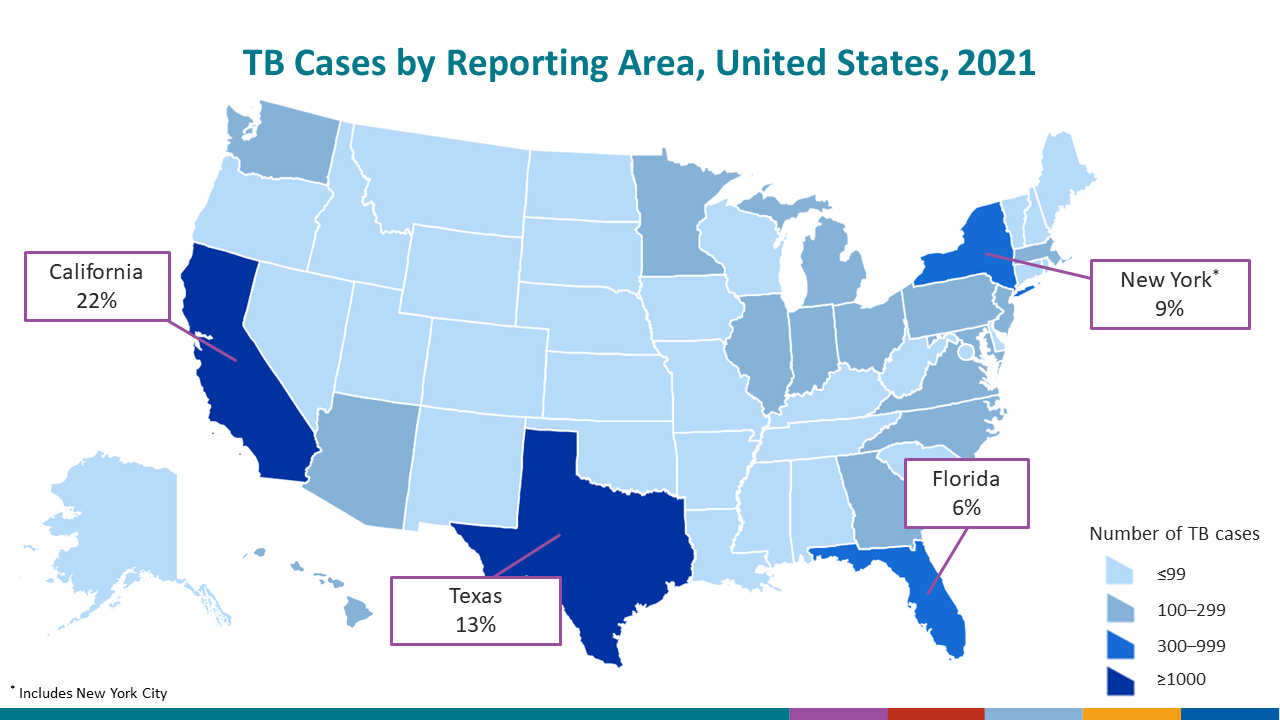 As in past years, four U.S. states combined reported nearly half of all U.S. TB cases in 2021:

These states are also the most populous states in the United States, and represent about a third of the total U.S. population. 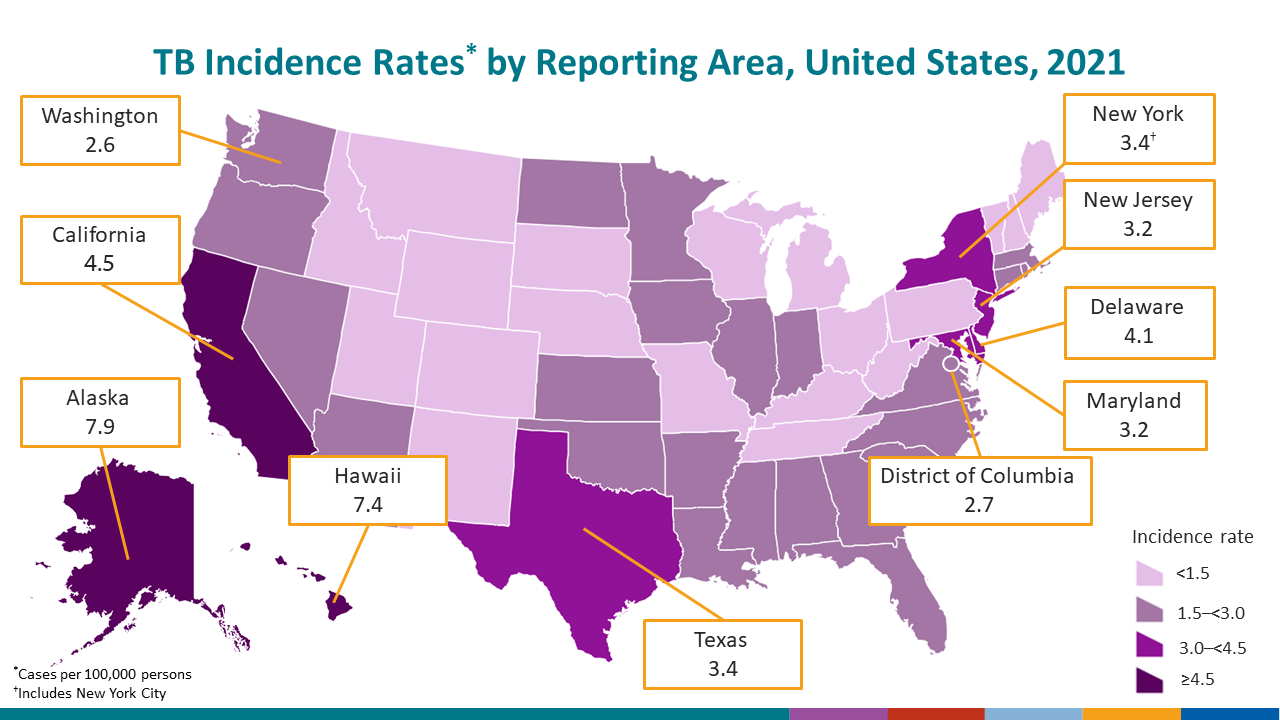 The TB incidence rates (cases per 100,000 persons) among the U.S. territories and freely associated states were: