About 700 women die each year in the U.S. as a result of pregnancy or its complications.

American Indian/Alaska Native and Black women are 2 to 3 times as likely to die from a pregnancy-related cause than white women.

Disparities Across the Nation

State Pregnancy-Related Mortality Ratios (PRMR) were placed equally into three groups (high, medium, low) and the PRMR was further calculated by race/ethnicity for each group. Even in states with the lowest PRMR, the PRMR for black women was about 3 times as high as the PRMR for white women. 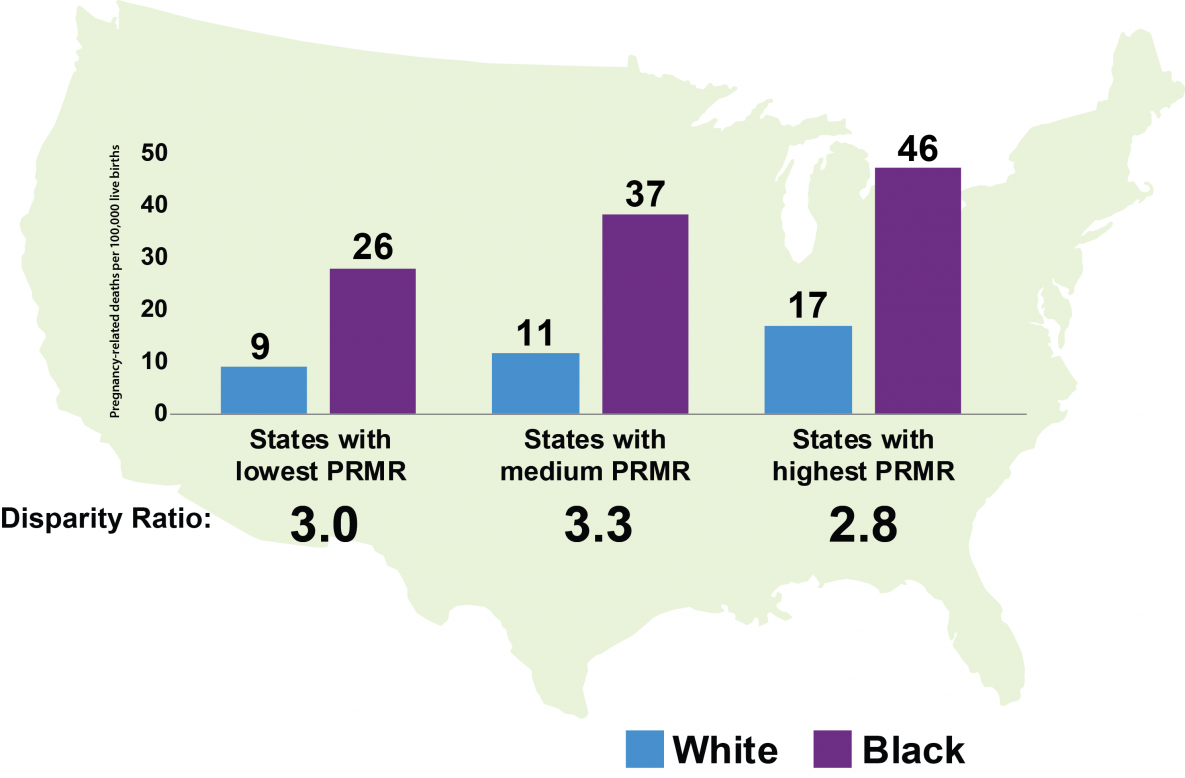 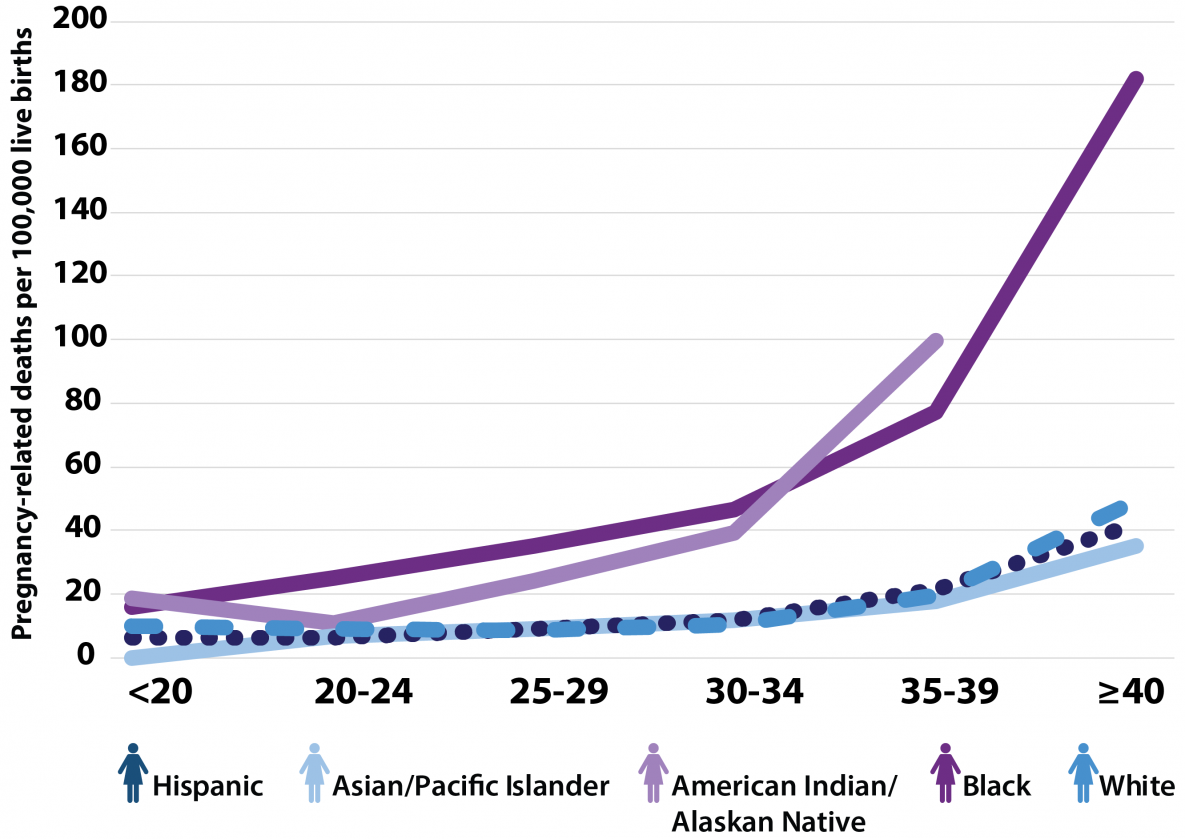 The PRMR for black women with at least a college degree was 5 times as high as white women with a similar education. 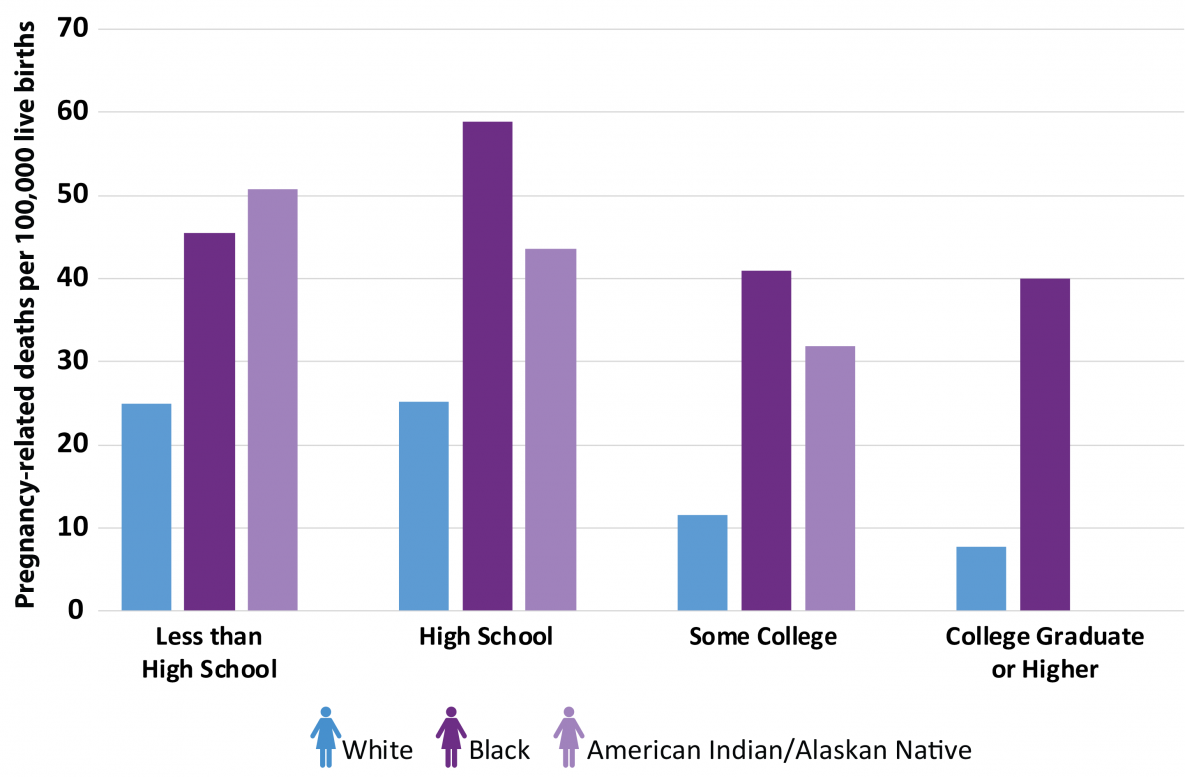