For complete data, see “Rabies surveillance in the United States during 2018”external icon 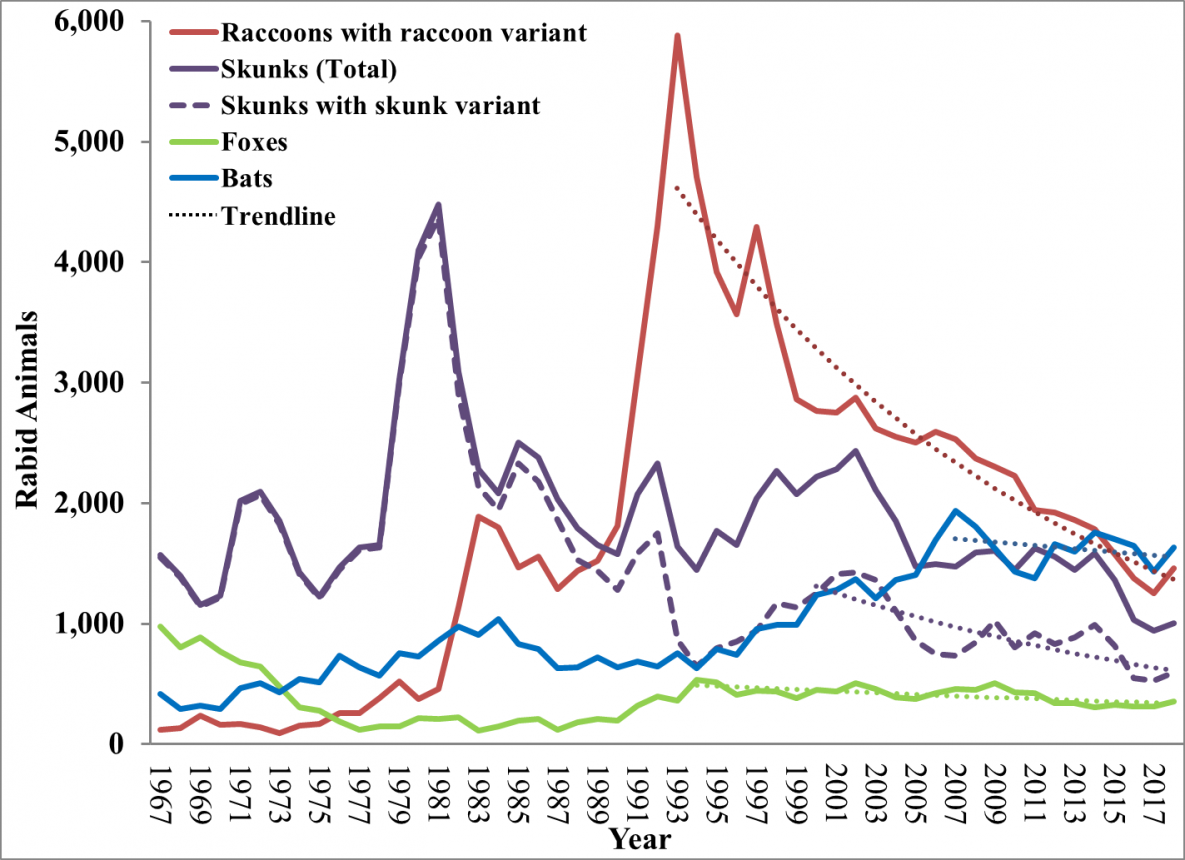 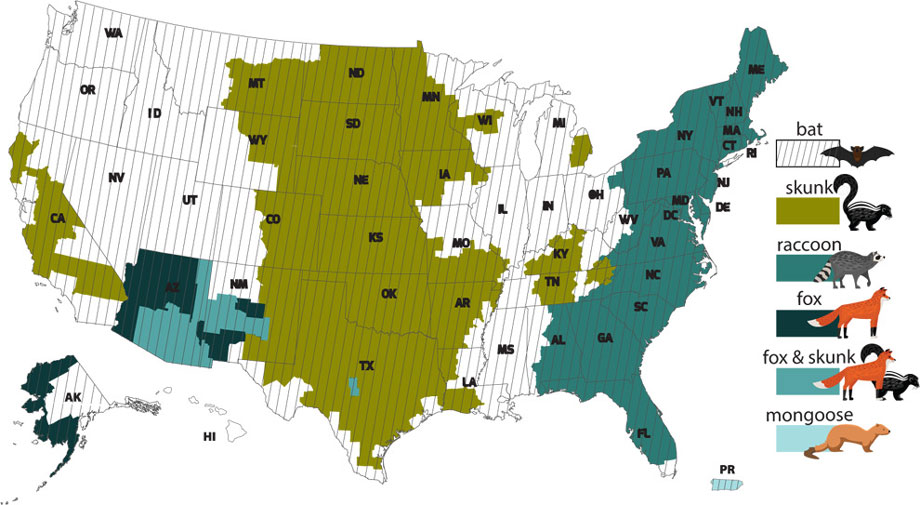