Rabies in the U.S. and around the world 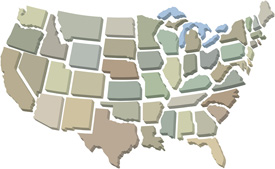 Over the last 100 years, rabies in the United States has changed dramatically. More than 90% of all animal cases reported annually to CDC now occur in wildlife, but before 1960, the majority were in domestic animals.

The number of rabies-related human deaths in the United States has also declined, from more than 100 annually in the early 1900’s to just one or two per year.

Read more
Rabies around the World

Each year, rabies causes approximately 59,000 deaths worldwide. Despite evidence that control of dog rabies through animal vaccination programs and elimination of stray dogs can reduce the incidence of human rabies, dog rabies remains common in many countries and exposure to rabid dogs is still the cause of over 99% of human rabies deaths worldwide.