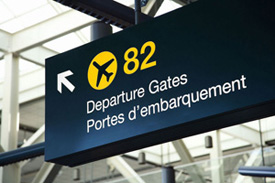 Rabies is found on all continents except Antarctica. In most countries, the risk of rabies in an encounter with an animal and the precautions necessary to prevent rabies are the same as they are in the United States. When traveling, it is always prudent to avoid approaching any wild or domestic animal.

In certain areas of the world, including but not limited to parts of Africa, Asia, and Central and South America, rabies in dogs is still a major problem, and access to preventative treatment may be hard to get. The importance of rabid dogs in these countries, where tens of thousands of people die of the disease each year, cannot be overstated.

Before traveling abroad, consult your doctor, a travel clinic, or your local or state health department about your risk of exposure to rabies and how to handle an exposure should it arise.

If traveling to a country where there is an increased incidence in rabies, especially in canine populations, rabies pre-exposure vaccination may be recommended. Rabies vaccination should also be considered if you will be spending lots of time outdoors in rural areas or plan to handle animals. See our travel health section for more information.