As a park and recreation professional, you can influence community health and increase physical activity by providing and promoting safe, equitable, and inclusive access to parks, trails, recreation areas, and green spaces.

People who have more access to green environments, such as parks and trails, tend to walk and be more physically active than those with limited access. The closer people live to a park and the safer they feel in the park, the more likely they are to walk or bike to those places and use the park for physical activity.

But less than half of people in the United States live within half a mile of a park. Even fewer people live in a community that has both safe streets for walking and access to places for physical activity like parks.

Parks can provide environmental benefits as well, by reducing air and water pollution, protecting areas from inappropriate development, and mitigating urban heat islands. They help people reduce their risk of illness and injury by providing safe spaces where people can play and exercise away from busy streets and commercial zones.

On This Page
email_03Want to stay informed about Active People, Healthy NationSM?

What Can You Do?

You can use the following strategies to encourage physical activity in your community:

Design communities that support safe and easy places for people to walk, bike, wheelchair roll, and do other physical activities.

Promote equitable park programs and policies that make it safe and easy for residents to be physically active, regardless of their age, race, income, ability, or disability.

Educate people about the benefits of safe physical activity and places to be active.

Active People, Healthy NationSM has many strategies that work. Visit the website to find options that fit your needs. Look for ways to collaborate with other sectors. 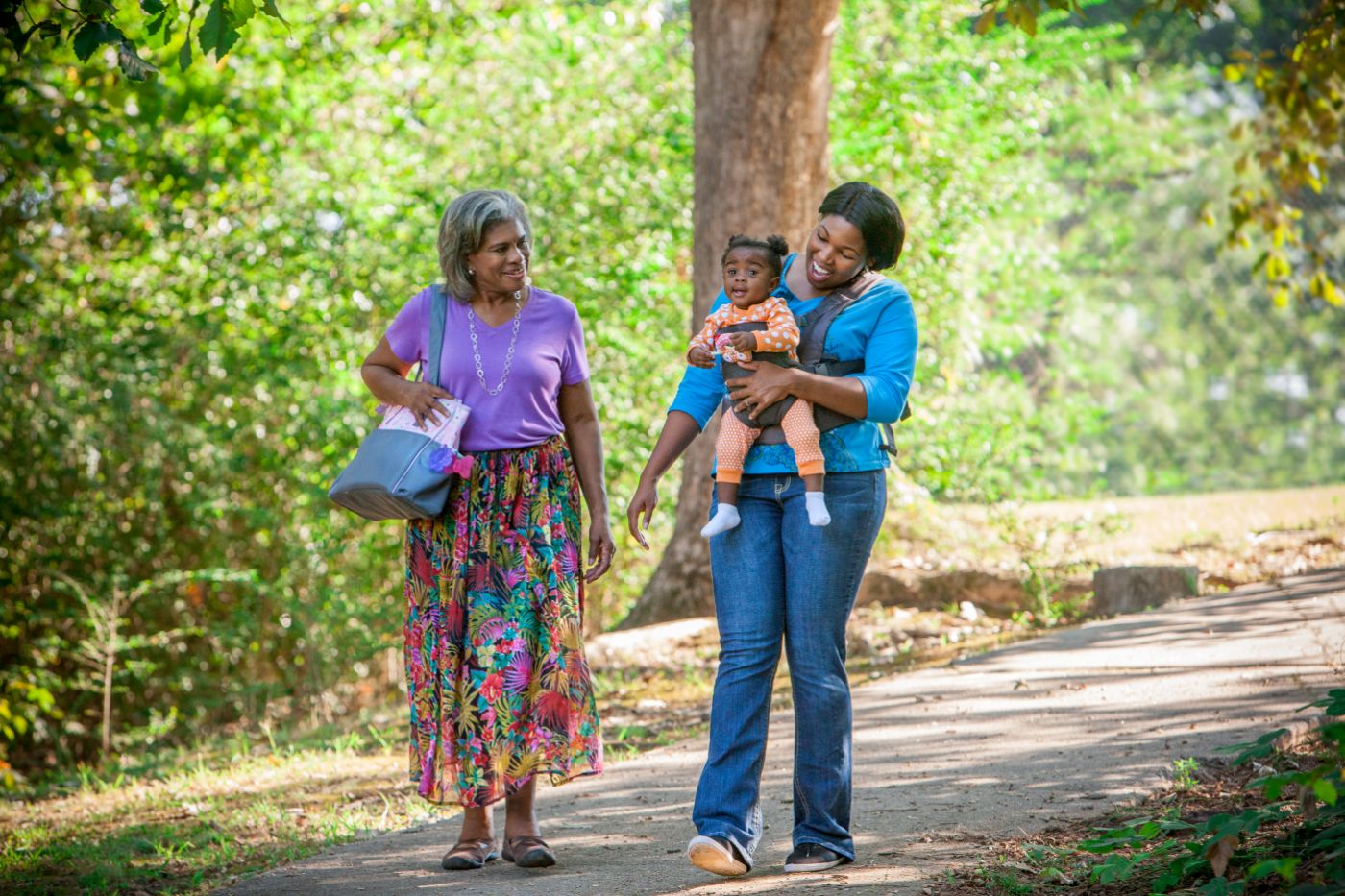 What Other Communities Are Doing

These groups are using effective strategies to increase physical activity in their communities.

Connecting Neighborhoods by Trails in Maryland
Baltimore’s 35-mile trail system provides connections to more than 60 neighborhoods. Collaborations between community members, city agencies, and nonprofit organizations and a focus on equitable trail creation has resulted in safe walking and biking infrastructure around the city. The Middle Branch Trail is one example of how partners have come together to close a trail gap and connect South Baltimore with the rest of the city.

Open Streets in Kansasexternal icon
A coalition of local partners worked together to sponsor a community-wide event that closed a 4-mile stretch of streets in downtown Wichita to cars and opened it to pedestrians. Residents could walk, bike, wheelchair roll, and be physically active in a way they never had before. The event provided easy access to downtown businesses, artwork, and historical markers. It also built community connections by giving people a fun way to socialize and be physically active. An exit survey of local businesses and participants reported record sales and support for future open street events.

Safe Routes to Parks in Arkansasexternal icon
In Little Rock, Interstate 630 separates neighborhoods on the south side of the city from War Memorial Park, which features safe places to be physically active, including playgrounds, splash pads, and walking trails. Residents in these neighborhoods are primarily people with lower incomes and Black or African American persons, and their lack of access creates a racial and class divide in the city. The Central Arkansas Library System and Little Rock Parks and Recreation worked with residents to create a protected pedestrian and bicycle path as part of a month-long demonstration project. This work set the foundation for a more permanent change and for similar projects in other communities.

Kiwanis Methow Park in Washington pdf icon[PDF-77.0MB]external icon
South Wenatchee is a community in the city of Wenatchee with a large population of Latino people who work in the fields. Residents lack many of the amenities that other parts of the city enjoy, including safe green spaces. Nonprofit groups worked with community leaders and residents to build support for renovating Kiwanis Methow Park, a 1.26-acre park built in the 1930s. This collaborative approach resulted in a high-quality civic asset that reflects the priorities of the community. Local residents also created a group called the Parque Padrinos (Park Godfathers in English), who host events, conduct outreach, and advocate for ongoing improvements.

Outdoor Recreation Planning in New Mexico pdf icon[PDF-2.02MB]external icon
In Santa Fe, a recent Community Health Profile highlighted the need for better infrastructure for transportation and outdoor recreation, especially for the southern part of the city, which has been neglected in the past. The profile was created by city officials working with the National Park Service. City leaders, partners, and community members are using this document to plan for more equitable access to parks and recreational spaces in Santa Fe.

Resources to Help You