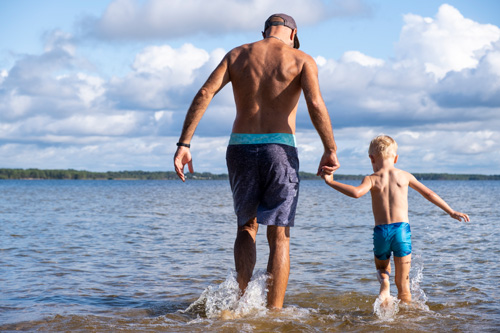 Naegleria fowleri, also known as the “brain-eating ameba,” occurs naturally in freshwater bodies, such as lakes, rivers, and hot springs. Infections with Naegleria fowleri are rare, and they occur mainly during the warmer months of July, August, and September.

If water containing the ameba goes up a person’s nose, the ameba can enter the brain and cause a rare and devastating infection called primary amebic meningoencephalitis (PAM), which is almost always fatal.

Because Naegleria fowleri is very common in the environment, public health officials can’t control levels of the amebae that naturally occur in fresh water. The location and number of amebae in the water can vary over time within the same lake or river.

Most Naegleria fowleri infections occur in young boys, although the reasons for this aren’t clear.

It’s possible that young boys are more likely to participate in such activities as diving into the water and playing in the sediment at the bottom of lakes and rivers.

People should always assume there is a risk for infection whenever entering warm fresh water. The only sure way to prevent an infection is to avoid water-related activities in warm fresh water, especially during summer months.

If you choose to swim, you can reduce your risk of infection by trying to prevent water from going up your nose.

Seek medical attention if you or someone you know develops a headache, fever, or vomiting after swimming in fresh water. Initial symptoms of PAM start about 5 days after infection but could begin anytime from 1 to 12 days.