Naegleria fowleri is a heat-loving (thermophilic), free-living ameba (single-celled microbe), commonly found around the world in warm fresh water (like lakes, rivers, and hot springs) and soil. Naegleria fowleri is the only species of Naegleria known to infect people. Most of the time, Naegleria fowleri lives in freshwater habitats by feeding on bacteria. However, in rare instances, the ameba can infect humans by entering the nose during water-related activities. Once in the nose, the ameba travels to the brain and causes a severe brain infection called primary amebic meningoencephalitis (PAM), which is usually fatal. 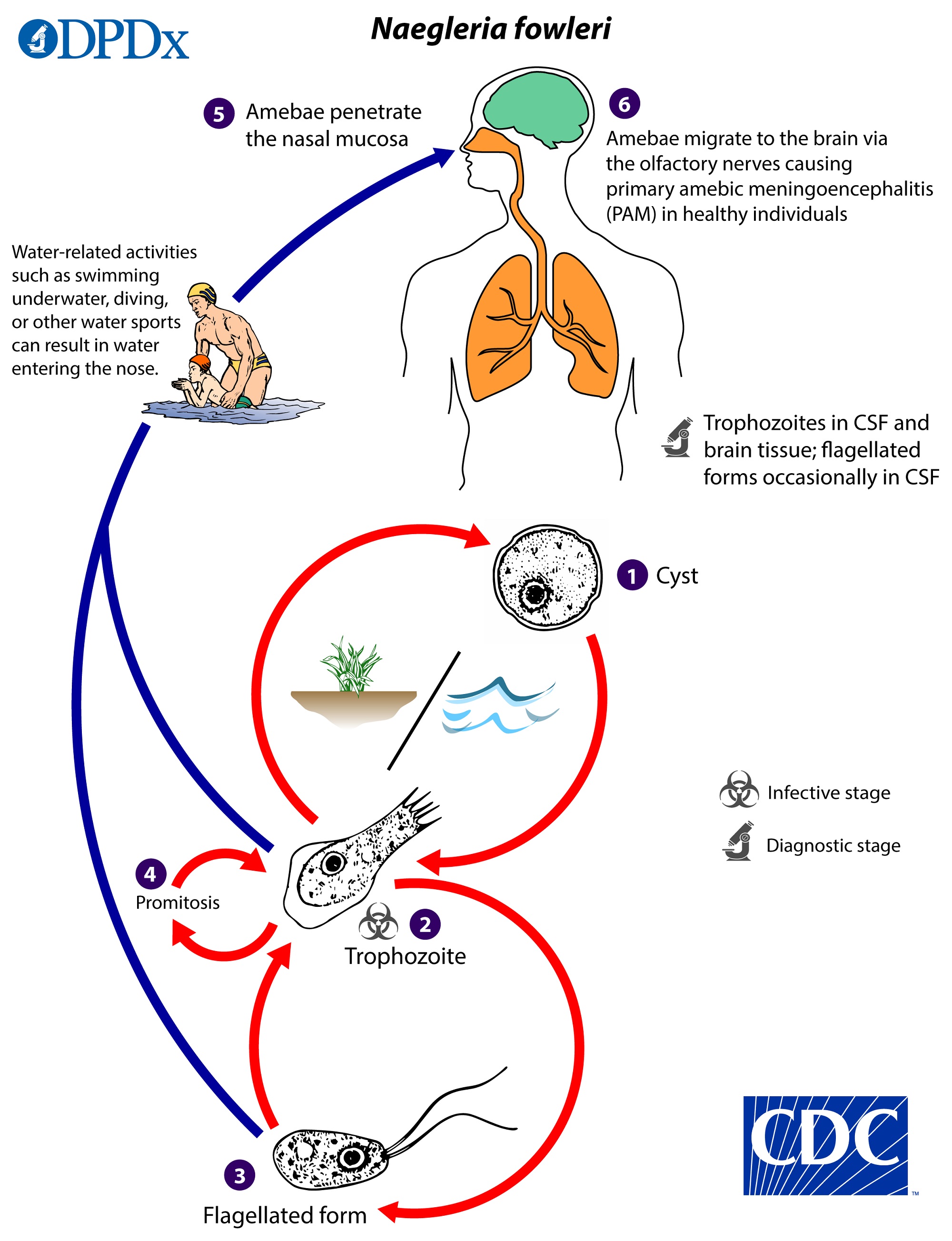 Naegleria fowleri is normally found in the natural environment and is well adapted to surviving in various habitats, particularly warm-water environments. Although the trophozoite stage is relatively sensitive to environmental changes, the cysts are more environmentally hardy.

Disinfection: Naegleria fowleri trophozoites and the more resistant cysts are sensitive to disinfectants like chlorine and monochloramine. Chlorine is the most common disinfectant used to treat drinking water and swimming pools. The chlorine sensitivity of Naegleria fowleri is moderate and in the same range as the cysts from Giardia intestinalis, another waterborne pathogen. The inactivation data for Naegleria are limited, but recent CT values (concentration of disinfectant [mg/l] X contact time [in minutes]) have been developed. Under laboratory conditions, chlorine at a concentration of 1 ppm (1 mg/L) added to 104.4°F (38°C) clear (non-turbid) well water at a pH of 8.01 will reduce the number of viable and more resistant Naegleria fowleri cysts by 99.99% (4 logs) in 56 minutes (CT of 56). Cloudy (turbid) water requires longer disinfection times or higher concentrations of disinfectant.

Salinity: Naegleria fowleri does not survive in sea water and has not been detected in sea water.